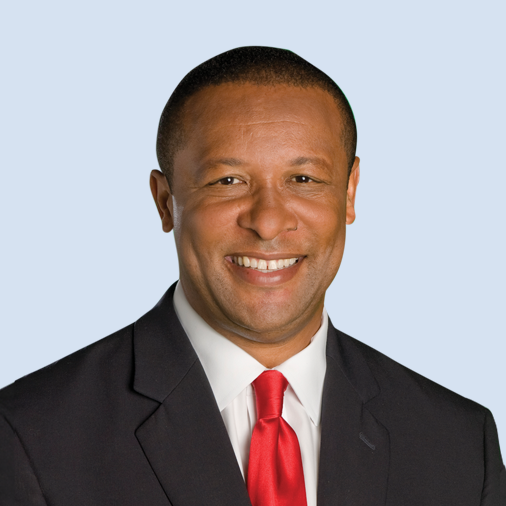 Byron Barnett joined 7News in 1983. From crime stories to human interest features to political campaigns, Byron has covered an incredibly wide range of major stories of local, national and international interest during his many years with 7NEWS. Byron, on many occasions, has been reporting on the scene as history unfolded.

Among the blockbuster stories Byron has covered for 7NEWS: the riots in Lawrence Massachusetts in 1984, the release of American hostages from a hijacked TWA flight in Lebanon in 1985, the Space Shuttle Challenger disaster that killed New Hampshire schoolteacher Christa McAuliffe and six other astronauts in 1986, the Oklahoma City bombing in 1995 and death penalty trial of bomber Timothy McVeigh, and every presidential campaign since Reagan/Mondale in 1984, including the historic campaigns of the nation’s first African American President Barack Obama.

In addition to covering hard-hitting news stories, Byron has been the host of the long-running public affairs show Urban Update. As host, Byron has delved into issues and controversies affecting the Boston area and interviewed countless news makers and political figures.

Before joining 7News, Byron got his start at KSTP-TV in Minneapolis-St. Paul. Byron worked as the Minneapolis City Hall reporter and broke numerous stories in city and county government.

An Emmy-award winner, Byron has won many other awards including a Sigma Delta Chi award, the National Association of Black Journalists’ Region One Journalist Of The Year award, YMCA Black Achievers award and several Community Service awards.

Byron graduated from of the University of Minnesota at Minneapolis where he earned his bachelor’s degree in journalism.

Byron was born and raised in Minneapolis. He currently lives in the Boston area with his wife and three children.