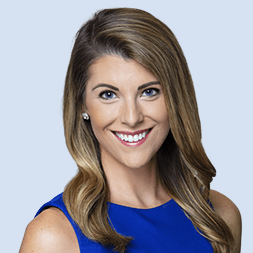 Caroline grew up outside Philadelphia and is a proud graduate of Penn State University.

After surviving a stroke in October 2019, Caroline has become an advocate for the American Heart Association. In February 2020, she was honored as one of the Southern New England chapter’s ‘storytellers’ – an opportunity to use her story to encourage others to learn and recognize the signs of stroke.

In her free time, Caroline loves running, traveling home to see her parents, and spending time with her husband and dog.