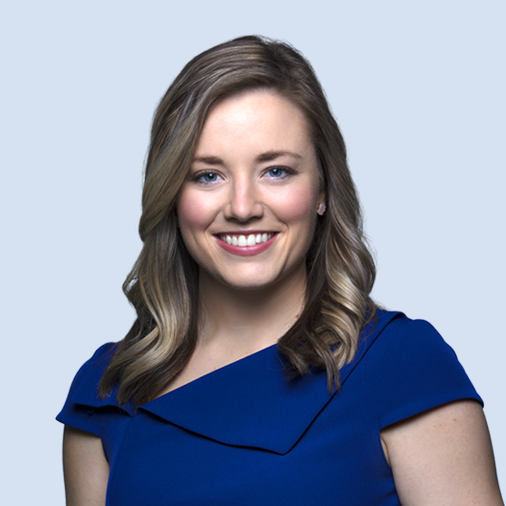 Meteorologist Jackie Layer joined the 7News Weather Team in May of 2018.

Jackie caught the weather bug when she was just 5 years old growing up in South Jersey. It was the Blizzard of ’96 which brought over 30″ of snow to the northeast. When another blizzard did not occur the following winter, Jackie felt the need to investigate. She also credits a family trip to Florida before Hurricane Charley hit in 2004. Preparing for a major hurricane while on vacation with family was an eye-opening experience and made Jackie feel even more strongly that she wanted to pursue a career in meteorology.

Jackie is a Penn State grad. She’s been forecasting weather on TV in Boston for almost two years. Before that, she worked in South Bend, Indiana tracking severe storms in the summer – including a few tornado outbreaks – and lake effect snow in the winter. During her first winter in the Midwest wind chills dipped to 40 below zero!

When she’s not forecasting Jackie loves to travel, meet new people, try new foods and explore the great outdoors. She really enjoys running in local 5k and 10k races and even half marathons. She’s working her way up to a full marathon! She also loves giving back to the community in any way she can.