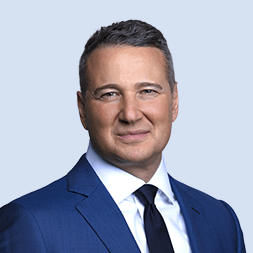 Joe joined 7NEWS in March 1998 as a Sports Reporter and was named weekend Sports Anchor three years later in March 2001. He came to 7NEWS from WPRI-TV in Providence, R.I., where he was weekend Sports Anchor/Reporter. Before that, he was Sports Director/Anchor for Cape 11 News in Yarmouth, MA.

Joe is a 1992 graduate of Boston University and is the recipient of the prestigious “Young Alumni Council Award” for 2000. He is a 1988 graduate of Don Bosco High School in Boston. A product of the Boys & Girls Clubs of Boston, he now serves on the Board of Directors for the John M. Barry Boys & Girls Club of Newton. Joe and his wife have two children and live in the Boston area.