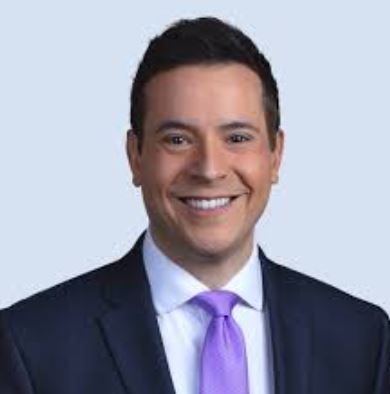 When his alarm clock starts buzzing “dark and early,” Kris Anderson knows it’s time to deliver the news. Kris is the weekday anchor for 7News Today in New England (4:30am-10am).

Kris joined the 7News team in December 2013 after spending nine years in Memphis where he was the morning news anchor at WREG-TV.

Kris actually began his career as a sports intern at WHDH’s sister station, WSVN in Miami. He was born and raised in Miami and used everything he learned during his internship to help him land his first on-air job as a sports anchor in Oak Hill, West Virginia.

Kris spent more than three years leading the sports department at WOAY-TV before being promoted to evening news anchor. Six months later he left for the job in Memphis.

Working in Boston is a dream come true for Kris. He still vividly remembers his first trip to Boston during a fourth-grade field trip. He fell in love with the city’s history, and working and living here has always been his goal. Kris is also a huge sports fan and is thrilled to call one of the most historically significant cities in the country – and the greatest sports city in the world – his new home! He can’t wait to take his family to some games!

Kris is also looking forward to volunteering his time and representing 7News at events all across New England. He loves meeting new people. You can find him and reach out to him through email as well as Facebook, Twitter, and Instagram, where he’s posted hundreds of pictures of his family.

Kris graduated from Florida International University with a B.S. in Communications. He and his family live north of Boston.