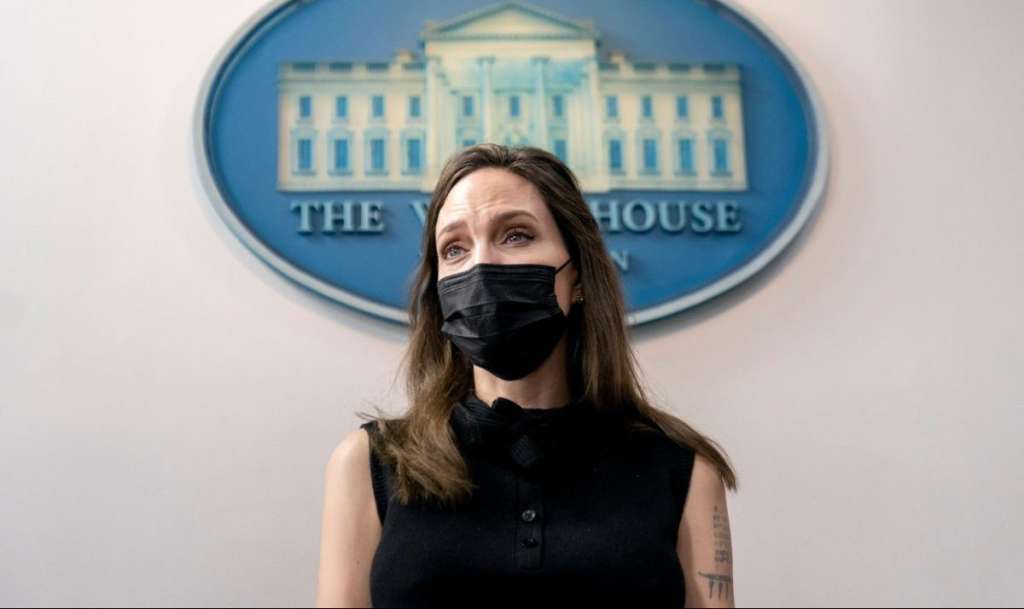 (CNN) — Actress, activist and humanitarian Angelina Jolie visited the White House on Wednesday and met with officials to discuss reauthorizing the Violence Against Women Act, a landmark piece of legislation championed by President Joe Biden.

Jolie briefly stopped by the White House press briefing room on Wednesday and spoke with reporters about why she believes the reauthorization of the legislation is so important.

“It’s a health crisis, what is happening,” Jolie said. “And it’s going to be solved if we look at it as health and families and invest. … And there is the harm within the families, especially for the children and getting the care early, and the prevention.”

She said she had “good, bipartisan meetings” on Capitol Hill on Tuesday that she described as “encouraging.”

A spokesperson for Jolie told CNN: “UNHCR Special Envoy Angelina Jolie is in D.C. for a second day meeting with Senior White House and DOJ officials, and Senators to continue to advocate for the rights of women and children and health in families. In her meetings she will talk about the importance of VAWA reauthorization, FBI reforms, judicial training, and health equity including non-biased forensic evidence collection.”

Jolie said on Wednesday she would be attending meetings on the legislation with the Department of Justice and Republican Sen. Joni Ernst of Iowa.

Ernst has said she is committed to reauthorizing VAWA but wrote in an op-ed published earlier this year that she disagrees with some of the provisions included in the bill passed by the Democrat-led House. Ernst has spoken about her experience as a survivor of sexual assault and domestic violence.

The bill passed by the House this year builds on previous versions of the VAWA by authorizing funding for grants and other forms of support in an effort to prevent and combat sexual assault, domestic violence, dating violence and stalking and deliver assistance to victims.

The reauthorization of VAWA faces an uncertain future in the Senate. With a 50-50 partisan split, it is not clear there will be enough Republican support for it to pass.