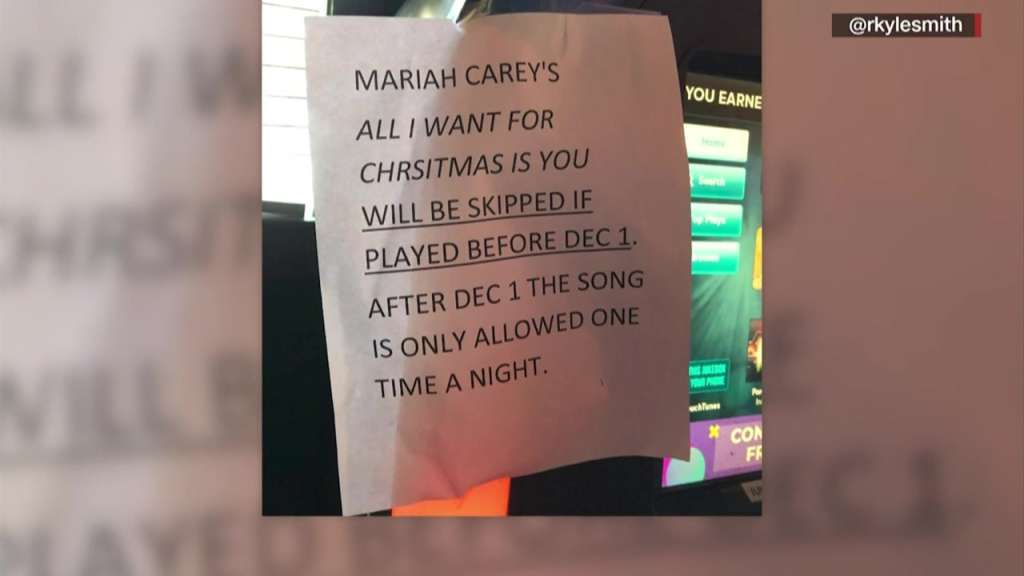 DALLAS (WHDH) — A dive bar in Dallas is putting a unique restriction on its jukebox.

A sign on the jukebox at Stoneleigh P reads, “All I Want For Christmas Is You will be skipped if played before Dec. 1. After Dec. 1 the song is only allowed one time a night.”

The bar’s general manager, Laura Garrison, told CNN that she doesn’t hate Mariah Carey and she doesn’t hate Christmas, it’s just that the customers play the mega-hit too often and too soon before the holiday.

“Once we hear those twinkles, we run for the remote,” she said. “It’s really just a button that we press to skip.”

A picture of the sign has gained a lot of attention online, including from Mariah Carey.

A Twitter user posed the question, “Is this a war on Christmas,” in which Mariah Carey responded with a picture of her in armor.

Garrison says the sign is really just a joke that is meant to be funny.