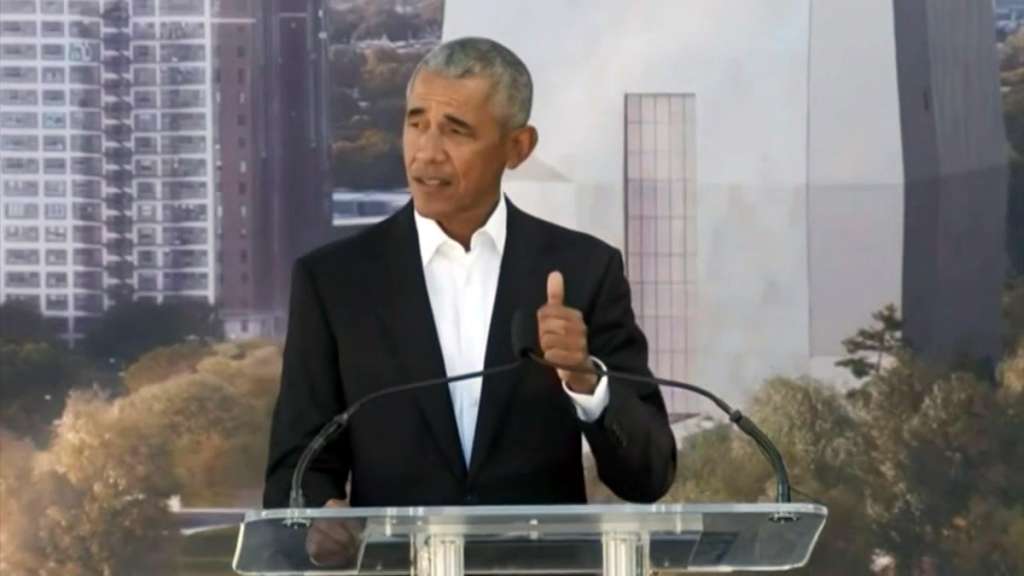 (CNN) — The Obamas are heading to Audible.

Financial aspects and length of the deal were not disclosed.

The new deal with Audible — which was announced on Tuesday — follows reports of the Obamas ending their partnership with Spotify in April. That deal had been in place since 2019.

“At Higher Ground, we have always sought to lift up voices that deserve to be heard — and Audible is invested in realizing that vision alongside us,” former President Obama said in a statement. “I’m looking forward to partnering with them to tell stories that not only entertain but also inspire.”

The former First Lady added that “there’s no one we’d rather write our next chapter with than Audible.”

“Together, we will keep striving to tell compelling, provocative, and soulful stories — while doing everything we can to make sure they reach the folks who need to hear them,” she said in a statement.

The deal is just one part of the Obamas’ continued involvement in the entertainment industry after leaving the White House in 2020.

Higher Ground also has an exclusive production deal with Netflix, which has garnered award-winning TV shows and films. For example, “American Factory” — a documentary about a Chinese company opening a factory in blue collar Ohio — won the Academy Award for best documentary feature in 2019.

As for its audio endeavors, Higher Ground has produced podcasts such as “Renegades: Born in the USA ” — which is a set of conversations between the former President and rock star Bruce Springsteen — and “The Michelle Obama Podcast” — which is the “most listened to Spotify Original to date” — according to the company.