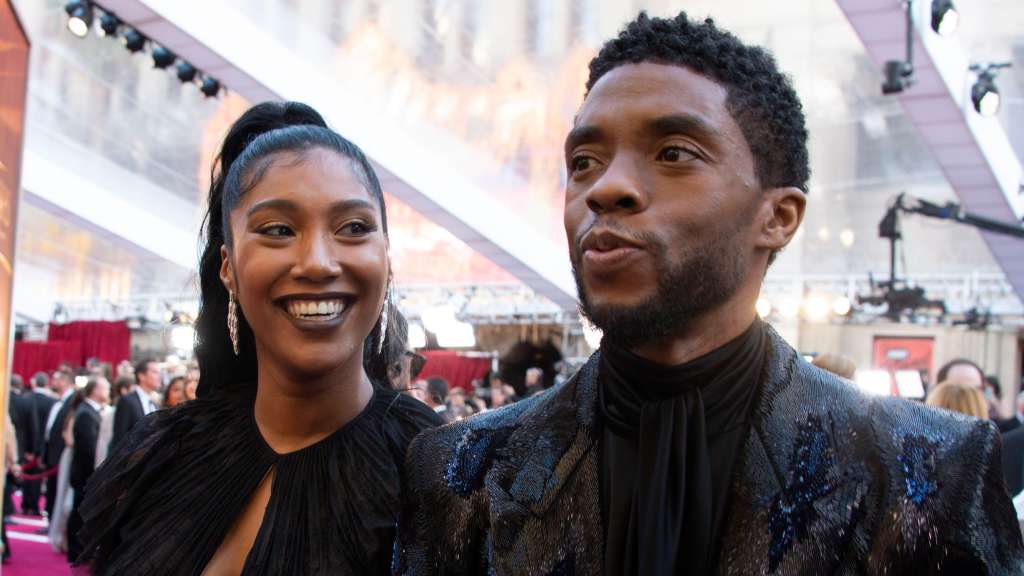 She accepted the Actor Tribute award for the actor, who died in August at the age of 43 after a private battle with colon cancer, saying, “As an artist, an actor, and a person, Chad made a practice of telling the truth.”

“He is the most honest person I’ve ever met because he didn’t just stop at speaking the truth, he actively searched for it. In himself, in those around him and in the moment,” Ledward Boseman said. “The truth can be a very easy thing for the self to avoid, but if one does not live in truth, then it’s impossible to live in line with a divine purpose for your life. And so it became how he lived his life, day in, day out. Imperfect, but determined.”

Boseman received the award for his role in the Netflix film “Ma Rainey’s Black Bottom.”

His wife paid homage to his ability to take on the roles of real life people, including baseball legend Jackie Robinson in the film “42” and James Brown in “Get On Up.”

“He was blessed to live many lives within his concentrated one,” she said. “He developed his understanding of what it meant to be the one, the none and the all. ‘A vessel to be poured into and out of,’ he’d said.”

“Chad, thank you. I love you. I am so proud of you. Keep shining your light on us,” she said.

The couple reportedly became engaged in 2019 and married not long before his death.