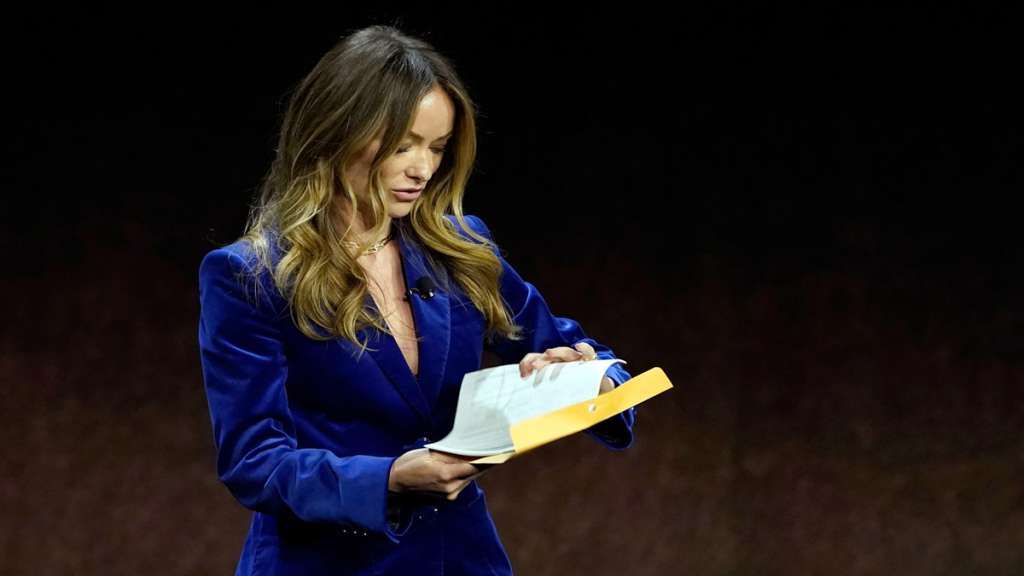 (CNN) — Director Olivia Wilde was served legal documents while presenting her new film at CinemaCon in Las Vegas on Tuesday, and now the organization is looking into how that happened.

The filmmaker was discussing her upcoming movie “Don’t Worry Darling” at the entertainment industry convention, when a woman approached the stage and handed her a manilla envelope, according to multiple reports by journalists in attendance. (The film is being distributed by Warner Bros., which shares a parent company with CNN.)

“We have never in the history of the convention had an incident where a delegate has approached the stage who was not authorized to be there,” Mitch Neuhauser, Managing Director of CinemaCon, told CNN in a statement. “In light of this incident, we are reevaluating our security procedures to ensure the safety of all our attendees.”

The envelope contained legal documents related to Wilde’s two children with her former fiancé, actor Jason Sudeikis, a source with knowledge of the matter told CNN.

“Mr. Sudeikis had no prior knowledge of the time or place that the envelope would have been delivered as this would solely be up to the process service company involved and he would never condone her being served in such an inappropriate manner,” the source said.

CNN has contacted representatives for Wilde and Sudeikis for comment.

According to a report by People, Wilde asked, “This is for me?” when she was handed the envelope. She then said she was “going to open it now because it feels like it’s a script.”

After opening the envelope, Wilde said “Okay, got it. Thank you” and continued her presentation.