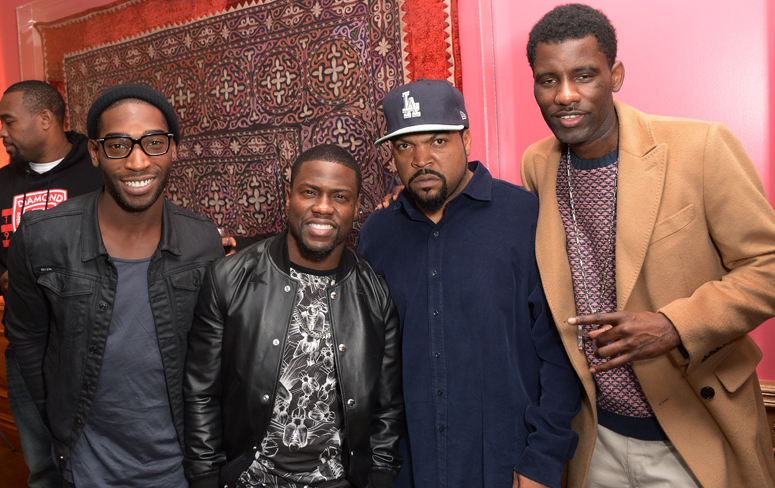 (CNN) — Rapper Ice Cube once said he would never endorse Donald Trump. And though not an endorsement, the rapper is causing a stir this week for working with the President on his plan for Black America.

Cube confirmed and defended his stance on Wednesday, tweeting that the Trump campaign made adjustments to “their plan” after talking to him about his Contract With Black America, a plan he released earlier this year to address racial inequality, while Democrats said they would wait until after the election.

“Every side is the Darkside for us here in America,” Ice Cube tweeted, while defending the work he’s done with Trump. “They’re all the same until something changes for us. They all lie and they all cheat but we can’t afford not to negotiate with whoever is in power or our condition in this country will never change. Our justice is bipartisan.”

CNN reached out to representatives for the rapper for further comment, but was directed to watch his appearance with CNN’s Chris Cuomo. A few hours later, Ice Cube, a former member of the group N.W.A., tweeted that the appearance was off.

Still, Cube continued to defend his stance on Thursday, saying that he will “advise anyone on the planet who has the power to help Black Americans close the enormous wealth gap.”

In the midst of the controversy, prominent Black thinkers and activists have spoken against the rapper, arguing that Trump has never done anything to address racism or eradicate racial inequality, and is using the entertainer for his own image.

Ibram X. Kendi, a professor known for his work on anti-racism, said the rapper is “lying to himself.”

“Before we talk truth to power, we must talk truth to ourselves. Cube is lying to himself that he can get Trump to deliver Black progress in exchange for Black votes when Trump hasn’t brought progress for his own supporters. The process starts brother by talking truth to yourself,” he wrote on Twitter.

Brittney Cooper, a professor and author, slammed the rapper on Twitter, questioning when Ice Cube became a spokesman for Black America.

“Who is Ice Cube that the Democratic Party would feel the need to talk to him about the broad political concerns of Black America? Is he a political leader or organizer? No.”

The rapper-turned-actor has been outspoken about racial injustice and White supremacy throughout his career.

In July, he unveiled a 13-part plan called the “Contract with Black America,” which included points such as police and prison reform and interest free loans for home ownership. Though he denounced Trump in 2016, he has said in recent months that he wants change regardless of the political party.