Hillary Clinton tries her hand at a thriller in new novel 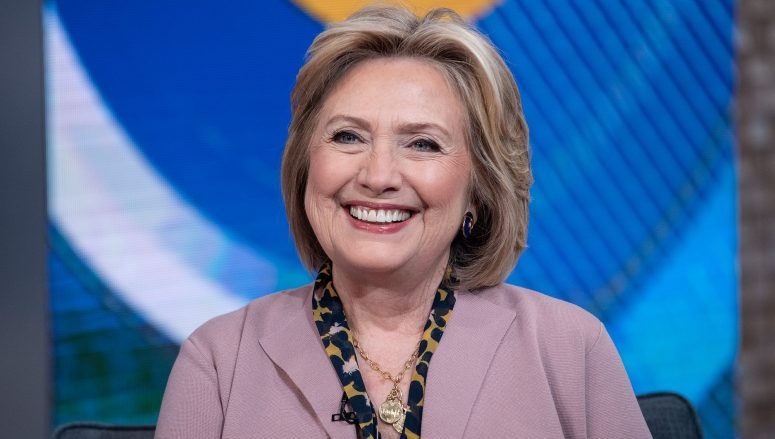 (CNN) — Hillary Clinton has added yet another job to her lengthy résumé: fiction writer.

Tuesday marks the release of Clinton’s novel, “State of Terror,” written with veteran crime novelist Louise Penny. Clinton, who has penned several nonfiction books on her own over the last many years, this time tapped into her creative side, something she tweeted last week was “a labor of love.”

However, Clinton did not stray far from the adage of writing what one knows — the main character in “State of Terror” is a middle-aged, female secretary of state.

The character is up against the clock — and myriad bad actors in the world of global terrorism — to save the country in the wake of four years of a United States helmed by a bombastic president whom the book describes as having detached America from all its allies. The character of the president is similar in tone and manner to a certain recent commander in chief.

“I think it’s a clever idea, and I’m not surprised by it,” says Matt Latimer, a founding partner of the literary agency Javelin. “There’s a growing number of public figures who have tried their hand at these sorts of books and done so quite well.”

So far, Hillary Clinton and Penny have received good reviews for their debut outing as a thriller-writing duo. The New York Times calls “State of Terror” “a romp,” while the Los Angeles Times’ book critic says it “is actually good.” The Washington Post on Tuesday characterized Clinton’s fictional tendencies as playful vengeance.

“There is no shortage of score-settling Washington memoirs, but this must be the first time a major presidential candidate has conducted a political assassination via a thriller,” writes critic Ron Charles.

Though Clinton and Penny don’t explicitly claim their characters are inspired by actual people, the gist is there.

“People can read into the book how closely certain events do or do not mirror her real life, which is part of the fun of it, I suppose,” says Latimer about the book’s speculation factor.

Clinton isn’t saying that she intends to ditch her lifelong interest in policy and politics for her newfound author role — though she and Penny make sure to include the very real elements of women in politics plagued by comments on their hair, makeup or references to needing to wear Spanx — in “State of Terror.”

In an interview with “Good Morning America” on Monday, the former secretary of state and 2016 presidential candidate said that while she won’t be running for office again, “I will never be out of the game of politics.”