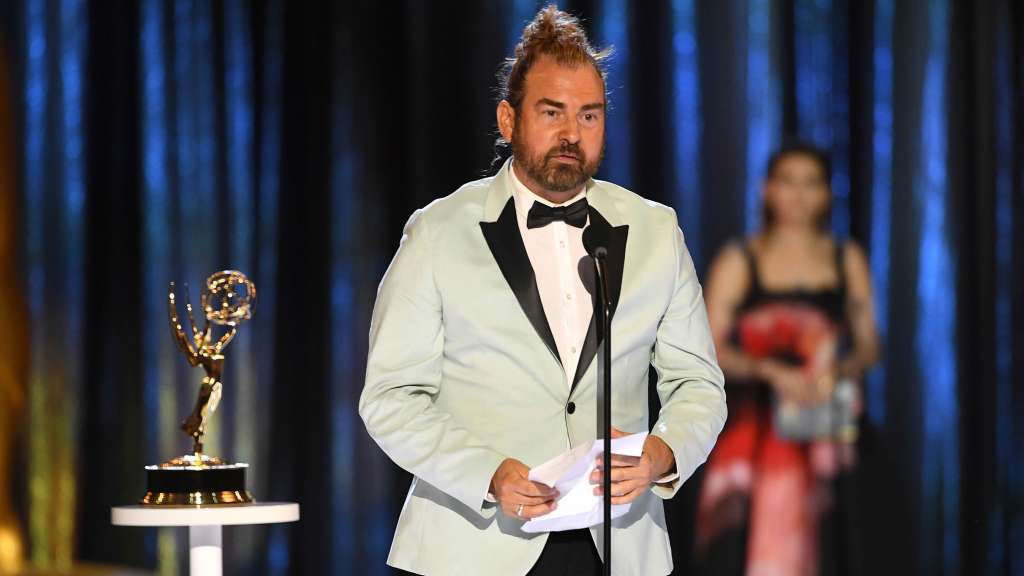 Marc Pilcher accepts the award for outstanding period and/or character hairstyling for the "Art of the Swoon" episode of "Bridgerton" during night one of the Television Academy's 2021 Creative Arts Emmy Awards at the L.A. LIVE Event Deck on Saturday, Sept. 11, 2021, in Los Angeles. (Photo by Phil McCarten/Invision for the Television Academy/AP Images)

(CNN) — Marc Pilcher, the award-winning hair stylist and makeup designer who won an Emmy for his work on the hit Netflix show “Bridgerton,” has died of Covid-19 at the age of 53, weeks after winning the award.

Pilcher’s agency Curtis Brown confirmed the news to CNN on Tuesday, referring to a statement the agency gave to Variety, by friends and family.

According to the statement, Pilcher was double vaccinated and had no underlying health conditions. He took multiple Covid-19 tests and tested negative to make the trip to the US for the Emmy’s ceremony and back to the UK.

Soon after returning, he became ill and his condition deteriorated over the weekend. He died on Sunday, Curtis Brown said.

His death comes just weeks after he won an Emmy for “Outstanding Period And/Or Character Hairstyling” in September.

Pilcher was known for his work across various theater shows, television programs and films.

He worked in hair and make up styling roles on films including “Beauty and the Beast,” “My Week with Marilyn,” “The Invisible Woman” and “The Young Victoria.”

He was a nominee at the 2019 Academy Awards for his work on “Mary Queen of Scots,” which starred Saoirse Ronan and Margot Robbie.

“Bridgerton” actor Nicola Coughlan paid tribute to Pilcher on Instagram on Monday, calling the hair and make up artist “brilliant and visionary.”

“Marc was so passionate about his work and so tremendously talented. Not even a month ago he won his first Emmy award. It’s a tragedy that he’s been taken so young when he had so much yet to do,” Coughlan, who played Penelope Featherington in the show, wrote.

“Please also use this as a reminder that Covid is still a very real and present danger, please get vaccinated and mask up to protect yourself and others,” she added.