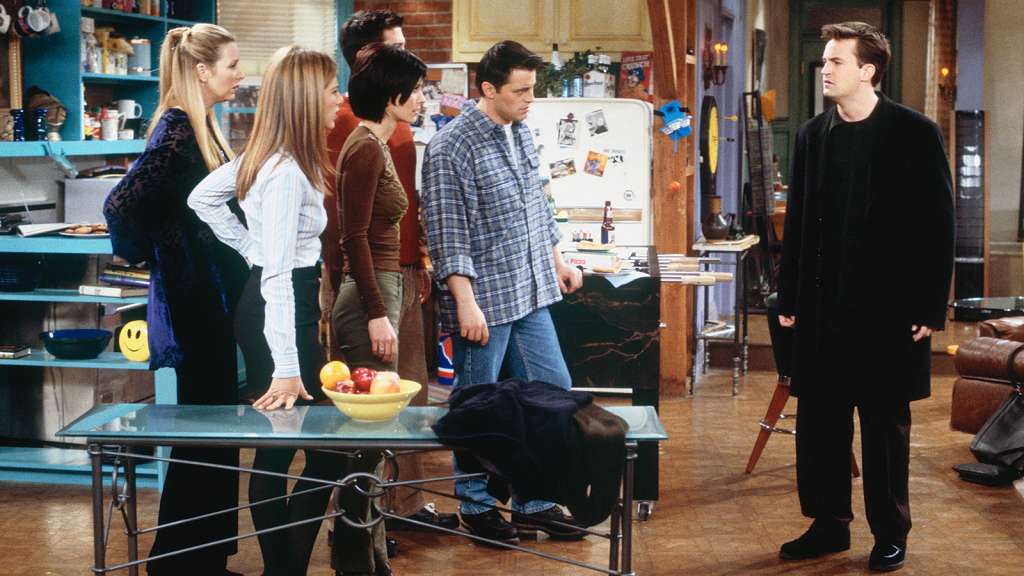 (CNN) — “Friends” star Matthew Perry has revealed that he struggled with the pressures of filming the show in front of a live studio audience, saying he felt like he was going to die “every single night.”

The 51-year-old actor — who played witty, sarcastic Chandler Bing in the hit ’90s sitcom — opened up about his anxiety while chatting with former co-stars Jennifer Aniston, David Schwimmer, Matt LeBlanc, Lisa Kudrow and Courteney Cox during the reunion special, which aired on HBO Max on Thursday.

According to Perry, his insecurity about his comedic skill meant his anxiety spiked if the audience didn’t respond positively to his jokes.

Perry was 24 when he landed the role of Chandler and consistently delivered comedy gold with his epic one-liners — but things were not all rosy behind the scenes.

“I would sometimes say a line and they wouldn’t laugh and I would sweat and just, like, go into convulsions. If I didn’t get the laugh I was supposed to get, I would freak out,” he admitted.

His revelation appeared to take the rest of the cast by surprise, with Kudrow saying: “You didn’t tell us that. I don’t remember you ever saying that.”

Perry replied, “Oh yeah, I felt like that every single night.”

This is not the first time Perry has spoken candidly about his personal battles during the peak of his “Friends” success.

In an appearance on BBC radio in 2016, he admitted three years of the “Friends” era were hazy due to his alcoholism and substance abuse.

When asked which his least favorite episode was, he told the interviewer: “I think the answer is I don’t remember three years of it. … Somewhere between season 3 and 6.”