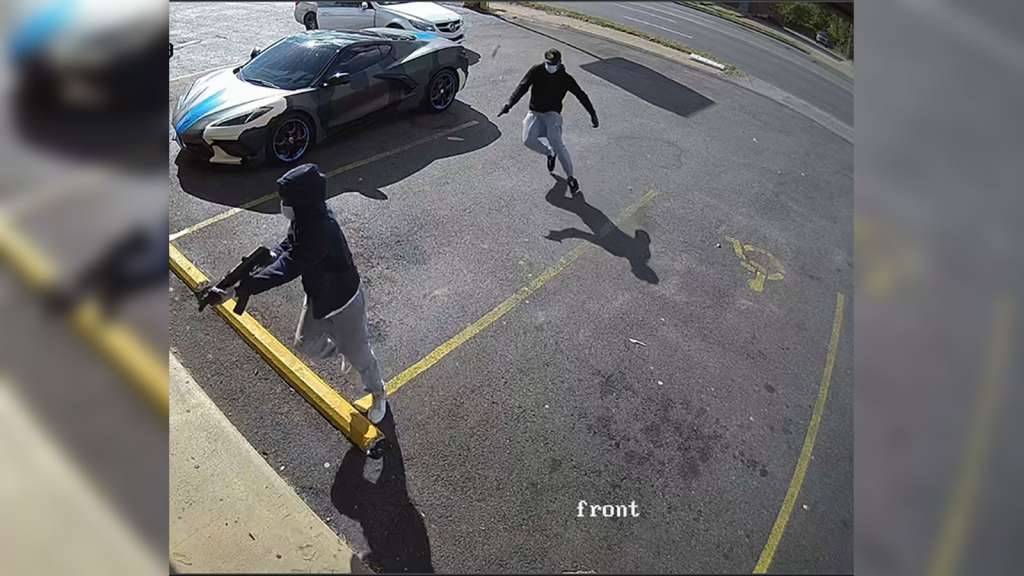 (CNN) — Memphis police have released surveillance photos of two suspects they believe killed rapper Young Dolph as he was reportedly buying cookies at a popular local store on Wednesday.

The police department said it obtained video surveillance showing the suspects getting out of a white two-door Mercedes-Benz armed with firearms and approaching the rapper as he was inside the shop. The suspects, whose faces were partially covered, shot Young Dolph several times before fleeing the scene, police said.

The police department posted the photos on its Twitter account, noting that no arrests have been made, and the investigation is ongoing.

“This shooting is another example of the senseless gun violence we are experiencing locally and nationwide. Our hearts go out to the Thornton family and all who are affected by this horrific act of violence,” Memphis Police Chief Cerelyn “CJ” Davis said Wednesday.

Memphis Mayor Jim Strickland tweeted Young Dolph’s death “serves as another reminder of the pain that violent crime brings with it. My thoughts and prayers are with his family and friends.”

Rapper was nearly killed in a 2017 shooting

Young Dolph was a native of Chicago who grew up in Memphis. He released his debut album, “King of Memphis” in 2016, and he’s also known for “Rich Slave,” which dropped in 2020 and rose to No. 5 on the Billboard 200 chart.

He had several hits in his career, including “Blue Diamonds,” and “RNB” featuring Megan Thee Stallion.

In 2017, he was nearly killed in a shooting incident in Hollywood. He spent weeks hospitalized after sustaining three gunshot wounds.

He added that he wasn’t “a person that lives in fear.”

Young Dolph’s management company APA said the world had lost an icon. “His dedication, drive, hard work and loyalty to all those around him always came first and he will be deeply missed. Our thoughts and prayers go out to his family at this most difficult time.” a representative said in a statement to Variety

“R.I.P. to my friend Dolph. this broke my heart,” wrote Gucci Mane.