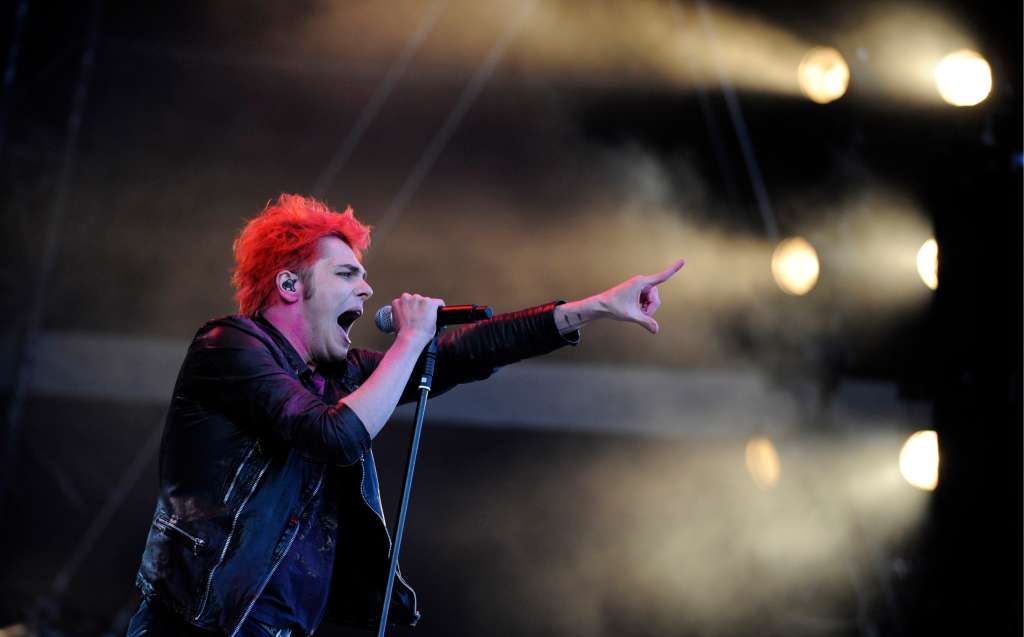 In this photo made available on Sunday, June 19, 2011, Gerard Wy, singer of the US band "My Chemical Romance" performs on stage during the Hurricane Festival in Scheessel, northern Germany, Saturday, June 18, 2011. (AP Photo/dapd, Nigel Treblin)

(CNN) — My Chemical Romance is back together and back with new music.

The group has debuted “The Foundations of Decay,” produced by Doug McKean, Gerard Way and guitarist Ray Toro.

The last song the group released was “Fake Your Death,” a track they recorded for their unfinished fifth album but instead released on a greatest hits album in 2014.

My Chemical Romance split up just prior to that album.

The group will kick off a reunion tour next week in the UK, then will tour Europe and North America.