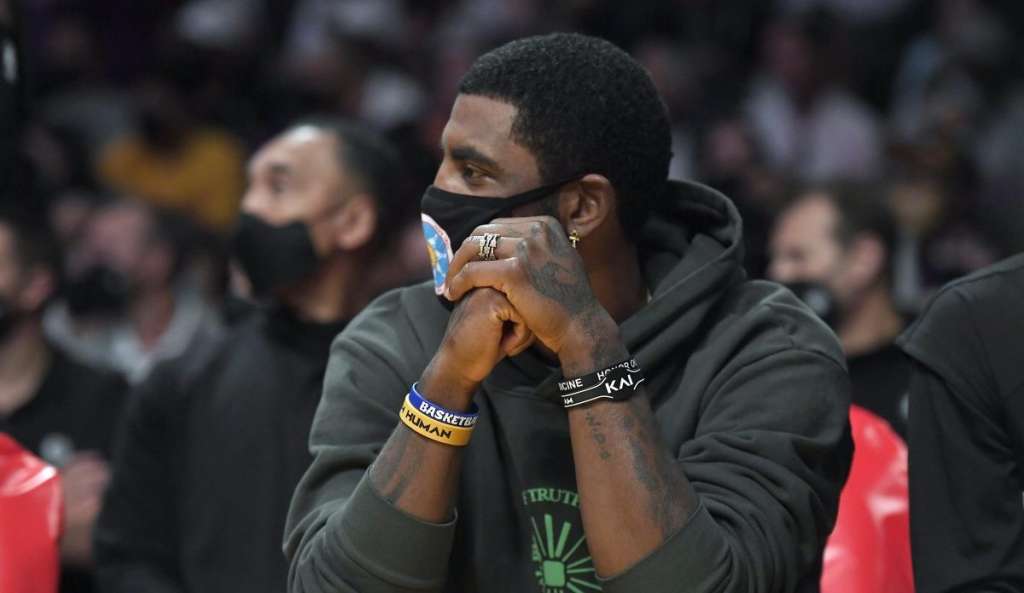 (CNN) — Brooklyn Nets star Kyrie Irving can go back to playing home games — and all New York Yankees and Mets can play in their home openers next month regardless of their Covid-19 vaccination status.

The exemption extends to city-based singers and other entertainers. The decision has drawn discontent from unions of other types of workers, arguing either that the wider mandate isn’t necessary or that people fired for not adhering to it should be reinstated.

Adams said he expanded the exemption in part because the city’s economy — including vendors and businesses that surround the city’s venues — thrives best when all its stars attract people to those places. The city’s multibillion-dollar tourism industry, he said, still was reeling in losses caused by the pandemic.

He also said was doing it out of fairness — to put New York City-based performers “on a level playing field” with visiting performers.

“This is about supporting our local vendors, our local stores … and hearing those vendors on the ground … saying how important it is (that) players attract people to the stadium,” the mayor said.

He also said he was doing it because the city was now a “low-risk (Covid-19) environment.”

Still, Adams said, “all of us should be vaccinated — including our players.” He said officials would continue to promote Covid-19 vaccines, and he hoped the vaccination rates of all the city’s sports teams would reach 100%.

“Kyrie … get vaccinated. Nothing has changed,” Adams said.

At issue was the city’s policy requiring all workers who perform in-person work or interact with the public to show proof of having received at least one dose of vaccine.

The city already had allowed an exception for non-New York City resident entertainers and professional athletes.

The policy had kept Irving, a seven-time All-Star guard who has chosen not to receive a Covid-19 vaccine, from playing in the 35 home games the Nets have played since the NBA season began in October.

Details about how many Yankees and Mets have not received a Covid-19 vaccine weren’t immediately available.

“You’re going to have to live with ‘few,’ and I can’t give you individuals,” Levine said, citing privacy laws and rules in Major League Baseball’s operating agreement with players.

“If the mandate isn’t necessary for famous people, then it’s not necessary for the cops who are protecting our city in the middle of a crime crisis,” said Patrick J. Lynch, president of the Police Benevolent Association of the City of New York. He added that the union has been “suing the city for months over its arbitrary and capricious vaccine mandate.”

“While celebrities were in lockdown, New York City police officers were on the street throughout the pandemic, working without adequate PPE and in many cases contracting and recovering from Covid themselves. They don’t deserve to be treated like second-class citizens now,” Lynch said in a statement released on Twitter.

“Vaccinations are a critical tool against the spread of Covid, and the city should not create exceptions to its vaccination requirements without compelling reasons,” the UFT spokesperson said. “If the rules are going to be suspended, particularly for people with influence, then the UFT and other city unions are ready to discuss how exceptions could be applied to city workers.”

The executive director of District Council 37, a union of public employees, said “thousands of city workers lost their jobs over the vaccine mandate.”

“These are the same essential workers who kept the city going during the height of the pandemic. They deserve the respect and dignity of having their jobs back,” the DC 37 official, Henry Garrido, said. “They deserve to be treated equally to their private sector counterparts. We demand that those who lost their job over the mandate be reinstated.”

Adams said the city is not reviewing the cases of 1,400 municipal employees who were terminated for not getting vaccinated. The figure includes those who were hired following the mandates with the agreement of getting vaccinated, but ultimately chose not to.

The mayor said he was not lobbied to make his decision.

Nets are battling for playoff position

As for Irving, the Nets initially also kept him from road games when the season started in October, but relented in December.

Irving’s pending return to home games comes amid a crucial pre-playoff stretch. The Nets currently have the NBA Eastern Conference’s eighth-best record, three wins behind the sixth spot that would guarantee a regular playoff seed.

If they finish anywhere from seventh to 10th, the Nets would be in a four-team play-in tournament to determine the clubs that would fill the conference’s seventh and eighth playoff seeds.

Irving said he’s looking forward to speaking about it

Reports of Adams’ expected announcement on Wednesday served as a 30th birthday present for Irving, who on Wednesday night surged to 43 points in a loss on the road to the Memphis Grizzlies.

Irving arrived at his postgame news conference requesting that no reporter quiz him on the mandate until an official announcement, but was subsequently left irritated as he was asked about it.

“So you didn’t hear me walk in?” Irving replied. “You didn’t hear my statement when I walked in? Don’t put me in a position until anything is official.”

The conference ended in smiles when Irving, later asked about the potential “domino effect” of the policy change on the team, said that he “could not wait” to talk to reporters once an official announcement was made.

“That’s got to be the greatest birthday gift ever,” someone could be heard saying, to which Irving replied, “I appreciate that,” before smiling and walking away, with laughs audible in the background.

Irving has been able to attend Barclays Center games as a spectator, yet his presence in the home locker room at a game earlier this month saw the Nets hit with a $50,000 fine for “violating local New York City law and league health and safety protocols.”

The executive director of the National Basketball Players Association previously called for the city’s policy to change. On Thursday, the union and the NBA issued a joint statement applauding Adams’ announcement.

“The NBA and NBPA have achieved a 97% vaccination and 75% booster rate among players, required both for league staff, team staff, and referees, and will continue to be strong advocates for vaccination and boosters,” the statement reads.

“With today’s announcement, we support the mayor’s determination that the old rules treating hometown and visiting players differently no longer made sense, particularly because unvaccinated NBA players will continue to test daily. We applaud the mayor for listening to the concerns of our New York teams, players, fans and communities and for leveling the playing field for home teams and their opponents.”

Irving defended his decision to not get vaccinated in October, saying in an Instagram Live video that “nobody should be forced to do anything with their bodies,” adding that his decision was not politically motivated.

Adams’ announcement is the latest in a string of decisions relaxing Covid-19 measures. The city on March 7 lifted its mask mandate for indoor activities.

The mayor indicated on Tuesday that he would lift the mask mandates around April 4 in schools and day care settings for children from 2 to 4 years old, an age group that does not currently have a vaccine available, “if the numbers continue to show a low level of risk.”