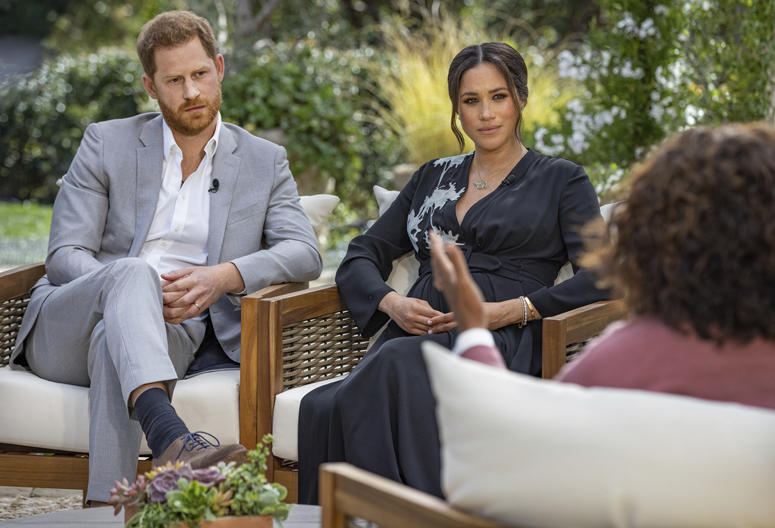 MONTECITO, Calif. (AP) — Oprah Winfrey has revealed that while Harry would not say who in the royal family made comments about his son’s skin color, he did share who hadn’t.

Appearing Monday on “CBS This Morning,” Winfrey said Harry told her neither his grandmother, Queen Elizabeth II, nor his grandfather, Prince Philip, were part of conversations about Archie’s skin tone.

“He did not share the identity with me, but he wanted to make sure I knew and if I had the opportunity to share it that it was not his grandmother nor his grandfather that were a part of those conversations,” Winfrey said.

In her bombshell interview which aired Sunday, Meghan described that when she was first pregnant with son Archie, there were “concerns and conversations about how dark his skin might be when he’s born.”

The Duchess of Sussex declined to say who had this conversation with Harry that he relayed to her, saying revealing their name would be “very damaging.”

Winfrey said Monday she had tried to get the identity of whoever had those conversations both off-camera and on but came up empty.