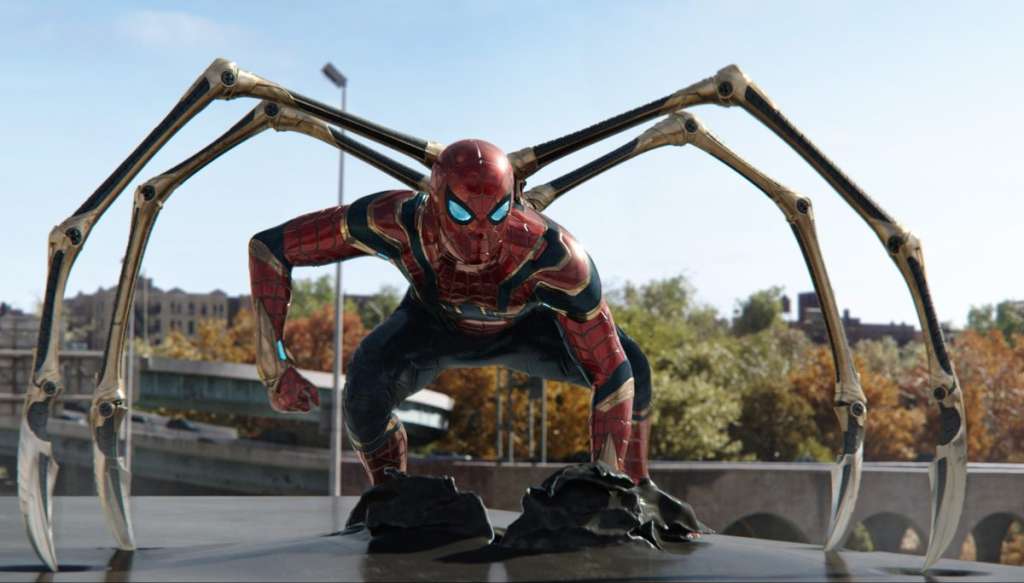 The glamorous spies of “The 355” were no competition for the movie theater’s reigning webslinger.

Spider-Man’s box office dominance continued in its fourth weekend in theaters, adding another $33 million, according to studio estimates on Sunday. With $668.8 million in North American ticket sales to date, “Spider-Man: No Way Home” is now the sixth highest grossing release of all time domestically. Globally, with $1.5 billion and counting, it ranks in eighth place.

The only major new film this weekend was Universal’s “The 355,” an original spy thriller starring Jessica Chastain, Lupita Nyong’o, Diane Kruger and Penelope Cruz, which debuted in third place with $4.8 million from 3,145 North American theaters. Directed by Simon Kingberg, reviews for the film about a global coalition of female spies have been less than stellar: It holds a 27% on Rotten Tomatoes.

But the audience scores have been more enthusiastic, especially from women, and about a third of the attendees this weekend were over 45 — a demographic that has not gone out to movie theaters much during the pandemic. With a holiday weekend coming up, Jim Orr, Universal’s head of domestic distribution, said, “We think we’ll have a nice runway.”

“The 355” came in behind the animated “Sing 2,” also distributed by Universal, which grossed an estimated $12 million in its third weekend in theaters, bringing its global total to $190.8 million.

“There’s a bit of uncertainty in the marketplace because of the omicron variant,” said Paul Dergarabedian, Comscore’s senior media analyst. “Studios want to protect their crown jewels and give them the greatest shot at success in movie theaters. A delay like that shows they’re not giving up on the theaters. But studios are very aware of this marketplace and what the challenges might be.”

And while January is now destined to be quiet at the box office, Dergarabedian said that Spider-Man has been a “beacon of hope” for the industry.

“It shows that audiences want to go back to the movie theater,” he said. “We could end up having a really strong box office year, but only time will tell.”

Estimated ticket sales for Friday through Sunday at U.S. and Canadian theaters, according to Comscore. Final domestic figures will be released Monday.