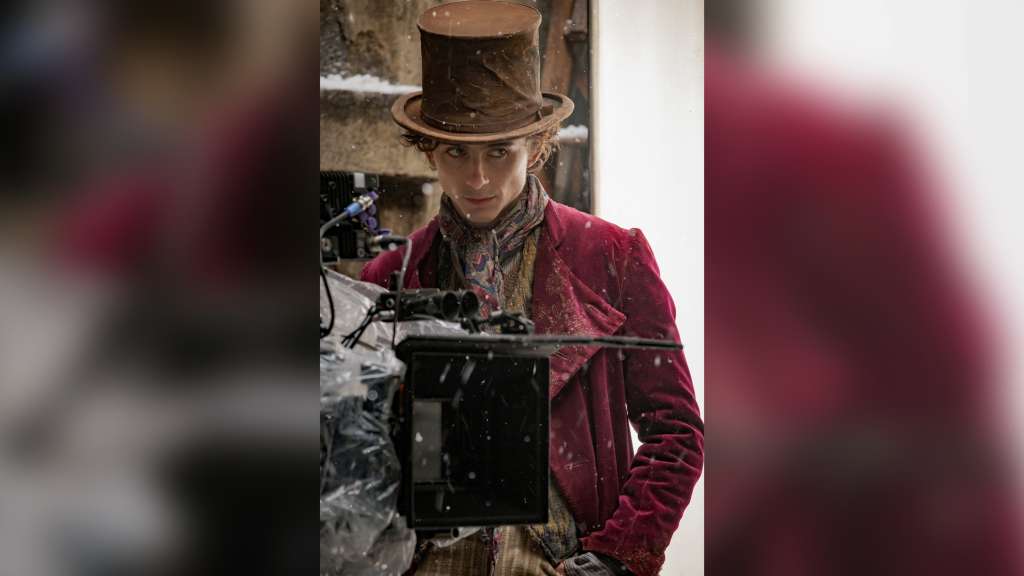 (CNN) — Timothée Chalamet has teased a first look at his portrayal of iconic candy man Willy Wonka in the upcoming film “Wonka.”

The Oscar-nominated actor took to social media on Thursday to share a picture of himself in costume as the younger version of Roald Dahl’s much-loved creation.

He is decked out in the character’s trademark chocolate-brown top hat, a burgundy velvet coat and a multicolored scarf as he stands behind a camera on the set of the movie.

The second image shows a close-up of his hand reaching for the brass knob of Wonka’s cane, from which a small gift box is emerging.

“The suspense is terrible, I hope it will last… WONKA,” Chalamet captioned the image, quoting Gene Wilder’s famous line from his portrayal of Willy Wonka in the 1971 movie musical “Willy Wonka & the Chocolate Factory.”

Although the plot of “Wonka” is being kept under wraps, the IMDB website says the Warner Bros. prequel will be set years before the events of Dahl’s 1964 novel “Charlie and the Chocolate Factory” and will focus on Willy Wonka’s early life.

Warner Bros., like CNN, is a unit of WarnerMedia.

“Wonka,” which will be helmed by “Paddington” director Paul King and also star Sally Hawkins, Rowan Atkinson, Olivia Colman and Jim Carter, is scheduled for release in March 2023.

Chalamet is best known for playing Elio Perlman in Luca Guadagnino’s 2017 coming-of-age drama “Call Me by Your Name.” He was nominated for the Academy Award for Best Actor for his performance.