What next for Serena Williams after her gutsy, first-round exit at Wimbledon? 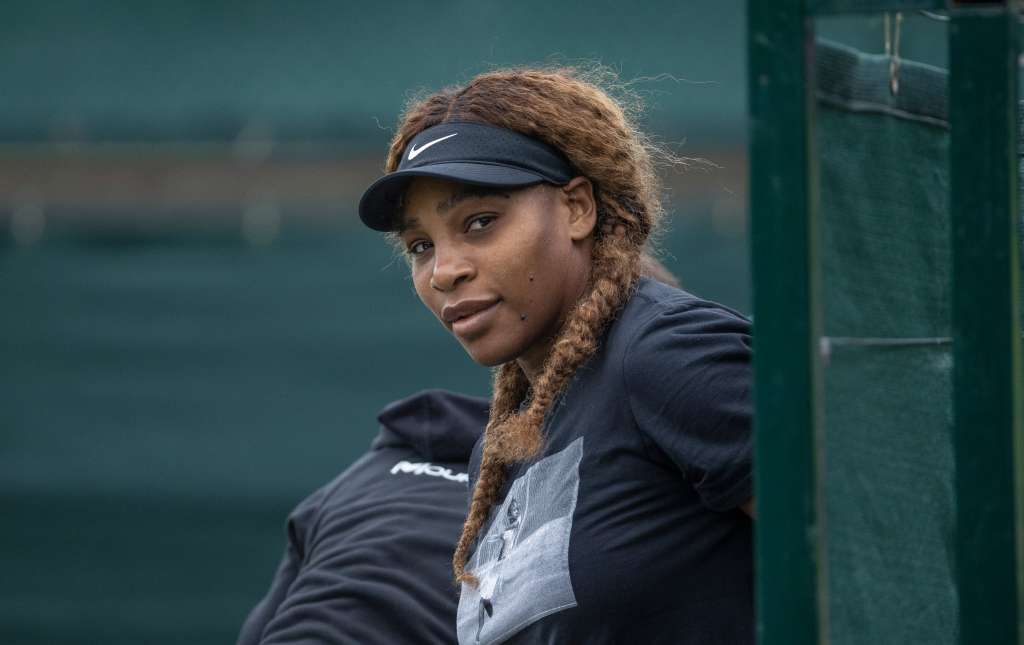 (CNN) — Even after a year-long absence from tennis, Serena Williams hasn’t forgotten how to entertain.

Her return to grand slam action at Wimbledon on Tuesday — a three-hour, 11-minute tussle with France’s Harmony Tan — was theatrical, enthralling, but ultimately ended with defeat.

In the longest game of the women’s singles draw so far, Tan, ranked No. 115 in the world and making her first appearance at Wimbledon, let alone on the main stage of Centre Court, held her nerve in the deciding super tie break to win 7-5 1-6 7-6 (10-7).

This was clearly not the most vintage performance of Williams’ illustrious career, nor was it ever going to be given her time away from the game.

But as the roof closed and the lights flashed on in Centre Court — a scene that prompted oohs and ahs from those watching on — the two players put on a show that over-delivered on drama.

At the end, it was Tan who crashed Williams’ comeback party, on several occasions producing shots that even earned applause from her opponent on the other side of the net.

Few in attendance could disagree.

As for Williams, who turned 40 last September, she is refusing to give up on her pursuit of a record-equaling 24th grand slam title, five years after she claimed her last at the Australian Open.

“Who knows where I’ll pop up,” she told reporters when asked about her future, even suggesting that an appearance at the US Open could be on the cards later this year.

“The US Open — that being the first place I’ve won a grand slam — is something that’s always super special,” Williams added. “Your first time is always special. There’s definitely lots of motivation to get better and to play at home.”

Rustiness was to be expected during Williams’ return at Wimbledon and it took her time to find some sense of rhythm against Tan. Prior to Tuesday, her only competitive outing over the past year had been two doubles matches at Eastbourne last week.

She was broken in the first game, but by the fourth had started to find her feet — striking her ground strokes more cleanly as she hit back with a double break of Tan’s serve.

The first set, however, proved to be indicative of the match as a whole: just as Williams appeared to have the upper hand over her opponent, Tan would claw her way back into contention.

That was the case on multiple occasions in the final set as Williams twice led by a break, then raced into an early lead in the deciding super tie break, only for Tan to win 10 of the next 13 points and claim the biggest win of her career.

Tuesday’s match was a clear contrast in styles. Williams’ attacking display was hit-and-miss as she landed 61 winners — a mix of thumping ground strokes and sweetly-struck drive volleys — interspersed with 54 unforced errors.

Tan, on the other hand, was more conservative and relied heavily on her slice to move Williams around the court — a tactic the American later admitted had taken her by surprise.

“I think I could have played any person, [it] probably would have had a different result,” she said. “I knew going into it there was a lot of slice, but not so much on the forehand. I definitely had to try to find my rhythm out there. You know, hindsight is 20/20.”

The positive for Williams, who retired against Aliaksandra Sasnovich in the first round of last year’s Wimbledon after slipping and injuring her leg, was that her body held up well against Tan.

“Physically I was fine,” she added. “Last couple points I really started to feel it. But I’m moving well, I’m getting a lot of balls back. I’m moving well in practice.

“That wasn’t surprising for me because I knew I was doing that well. I didn’t practice for, you know, a three-hour match. I guess that’s where I went wrong.”

Ahead of Wimbledon, Williams reflected on how tennis is no longer her sole focus in life. Off the court, motherhood, her venture company, and the release of the movie King Richard, which she helped to produce, have all occupied her time.

“It’s been totally different, honestly. A part of me feels like that is a little bit more of my life now than tournaments,” she said last week.

But that’s not to say Williams is totally ready to say goodbye to tennis — even if she remains undecided about when and where her next appearance will be.

And if anything, the defeat against Tan has made the tennis fires burn that little bit brighter.

“It definitely makes me want to hit the practice courts,” she said, “because when you’re playing not bad and you’re so close … it’s actually kind of like, ‘Okay, Serena, you can do this if you want.'”