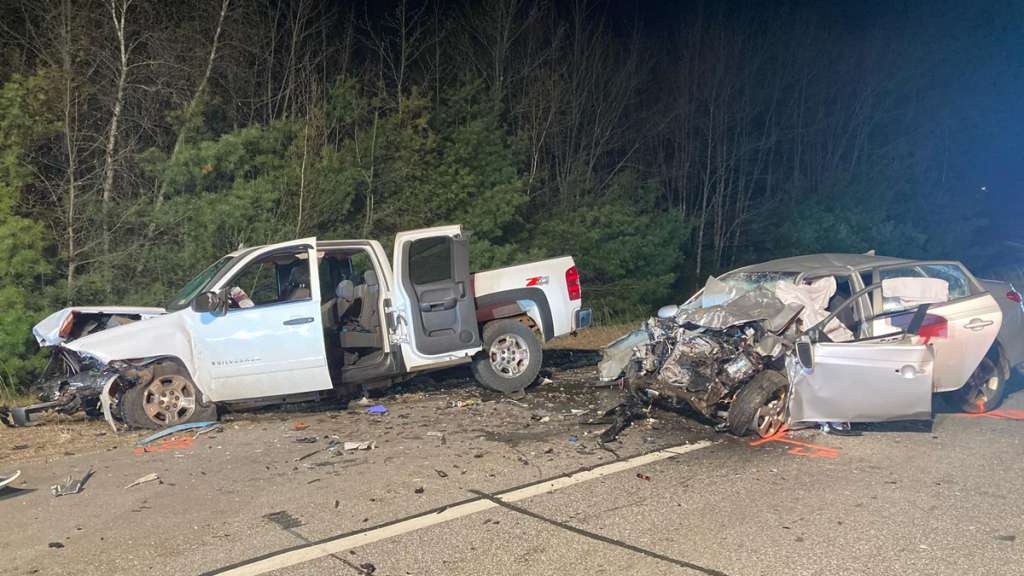 KINGSTON, N.H. (WHDH) - One person was killed and another was seriously injured in a two-vehicle crash on a highway in New Hampshire on Friday night, officials said.

Officers responding to a report of a crash on the southbound side of Route 125 in the area of Exeter Road in Kingston just after 9:30 p.m. found a mangled pickup truck and a wrecked sedan, according to the Kingston Police Department.

One of the drivers was pronounced dead at the scene, while the operator of the second vehicle suffered serious injuries. They are expected to survive.

The names of the drivers involved in the crash have not been released.

Police do not believe drugs or alcohol played a role in the crash but investigators are awaiting the results of a toxicology report.