1-in-50 million find! Split-colored lobster on display at museum in New Hampshire 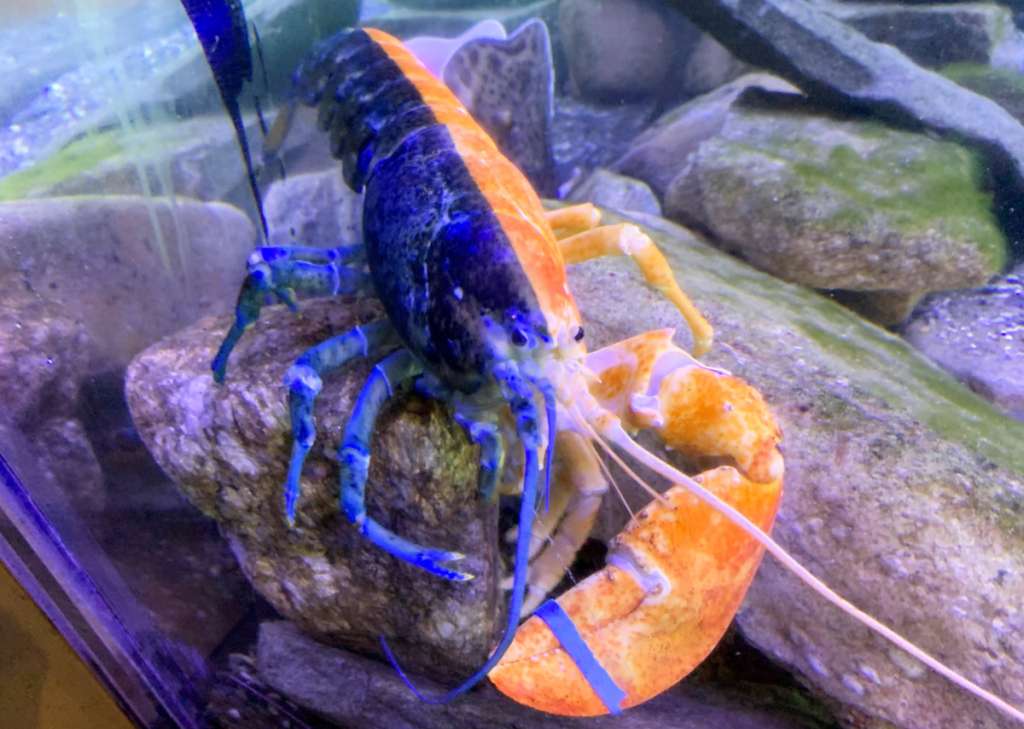 The lobster, split from head to tail into halves of blue and orange, is estimated to be a one-in-50 million catch, according to scientists at the museum in Rye.

The crustacean is said to be a gynandromorphm, meaning it has the characteristics of both male and female.

“This pattern is suspected to be the result of a cellular split during the embryonic development of the lobster, just after fertilization,” scientists wrote in a Facebook post.

The only lobsters that are considered to be rarer are white or albino at about one in 100 million.