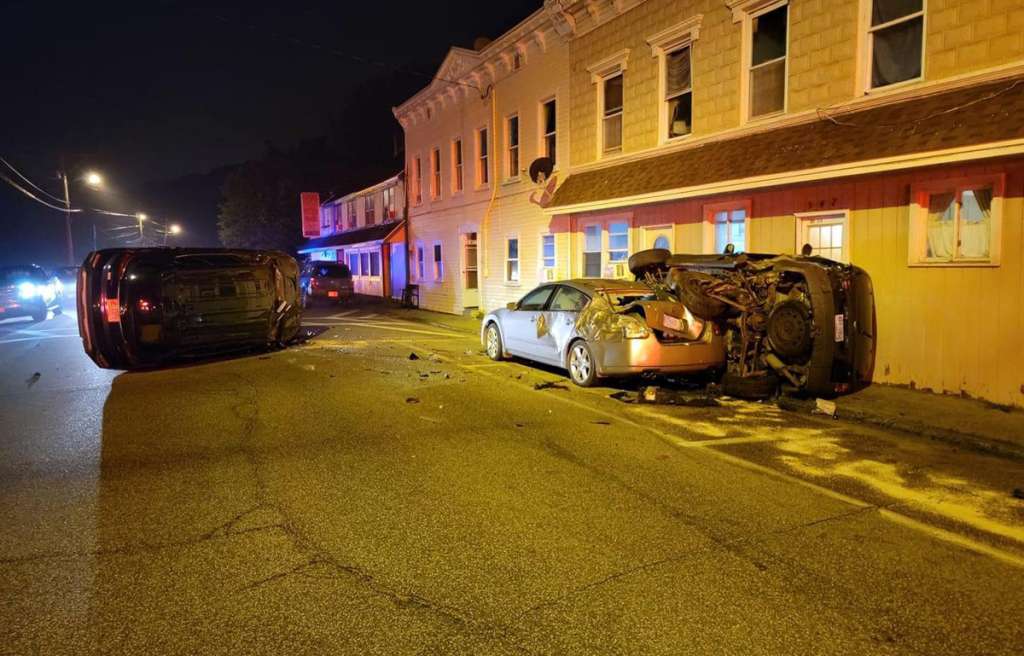 MILTON, N.H. (WHDH) - One person was taken to the hospital after a crash involving two parked cars in New Hampshire on Tuesday night, officials said.

Emergency crews responding to a report of a crash in the area of Route 125 and Garage Way in Milton around 10:30 p.m. found three damaged vehicles, including one that had rolled over in the middle of the street and another that was resting on its side up against a building.

The motorist who struck the parked cars was taken to the hospital, according to Milton Fire-Rescue. There was no immediate word on their condition. Another person was treated at the scene.

Earlier in the day, officials say a motorist was uninjured after crashing into a pole on Bolan Road.