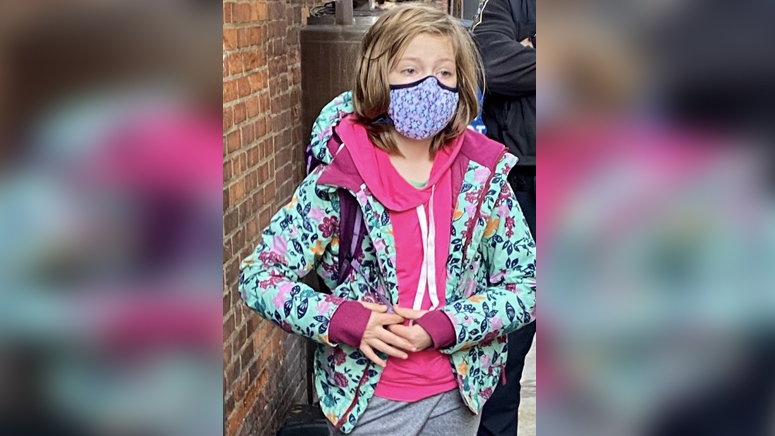 NEWTON, MASS. (WHDH) - A 10-year-old girl who walked away from her school in Newton on Tuesday morning has been found safe, officials said.

Clara Alfermann was seen on video leaving the Montessori School on Crescent Street around 11 a.m., according to the Newton Police Department.

Shortly after 1 p.m., the department announced that Alfermann had been located.

Alfermann also reportedly wandered away from her Newton home last month before being found in Boston’s Copley Square area later in the day.

UPDATE ON MISSING CLARA ALFERMAN:
Clara has been located and is safe!
Thank you for your attention and retweets!