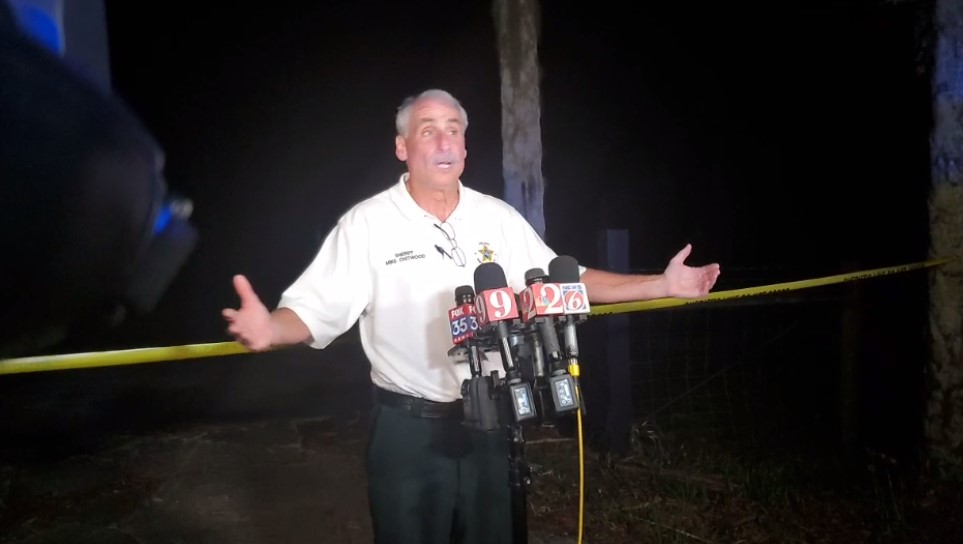 ORLANDO, Fla. (AP) — A judge on Thursday ordered a 12-year-old boy accused of participating in a shootout with Florida deputies earlier this week to be held for 21 days at a secure detention facility pending a hearing.

During a virtual hearing, Judge Michael Orfinger told the boy that he was facing charges of attempted first degree murder of a law enforcement officer and armed burglary of a dwelling.

“I’ve reviewed the arrest report and based on my review, there is probable cause that these acts occurred and that you are the person who committed them,” Orfinger said.

The judge appointed a public defender for the boy, who remained silent and looked slightly dazed in a navy shirt during the seven-minute hearing.

The 14-year-old girl and 12-year-old boy left the Florida United Methodist Children’s Home near Deltona on Tuesday and broke into a house where they found guns and ammunition. They began firing on Volusia County Sheriff’s deputies who were searching for them. Deputies finally shot and wounded the girl, who was reported to be in stable condition after surgery, said Volusia County Sheriff Mike Chitwood.

Deputies had received almost 300 calls for service last year, as well as made 89 visits so far this year to the juvenile home, and in March a security guard at the Florida United Methodist Children’s Home died days after he was punched in the head repeatedly by a teenage boy staying at the home.

Chitwood said the recent events were emblematic of a larger problem that lawmakers and officials at the Florida Department of Juvenile Justice needed to address.

“We are arresting this kids in the state of Florida for violent crimes and the Department of Juvenile Justice wants to put them in places that can’t handle them,” Chitwood said Wednesday. “People need to face facts … Instead of mollycoddling these kids, and pat Johnny on his head, and hug Jane and tell her everything is going to be OK, we have an awful lot of violent criminals who are teenagers.”

Juvenile justice officials said in an email that the children’s home they ran away from is not a part of its program. “When a youth is arrested in Florida, the courts determine whether or not they are held in secure detention or released into the community,” the statement said.

The children’s home, meanwhile, announced a 30-day moratorium on accepting “at risk” children, after which it will only take them when they can adequately care for them. The home’s Emergency Shelter Care program currently houses three such children, the statement said.

“The level of children who are being sent to us through Emergency Shelter Care at times is beyond the scope of our capabilities to provide the care required and limits who we can serve as part of our mission,” Kitwana McTyer, president and CEO of the home, said in the statement.

McTyer said Tuesday’s incident is “the result of the system failing our children.” She said these children “are in desperate need of care in the appropriate setting, which is a higher level of care than we provide.”

The 113-year-old facility is a child welfare home, not a secure care facility, the statement said.

“We simply cannot continue to be ’everything to everyone,” McTyer’s statement said. “From a personal perspective, this incident is shocking to me. In my 25 years working in child welfare service, I have never seen anything like this.”