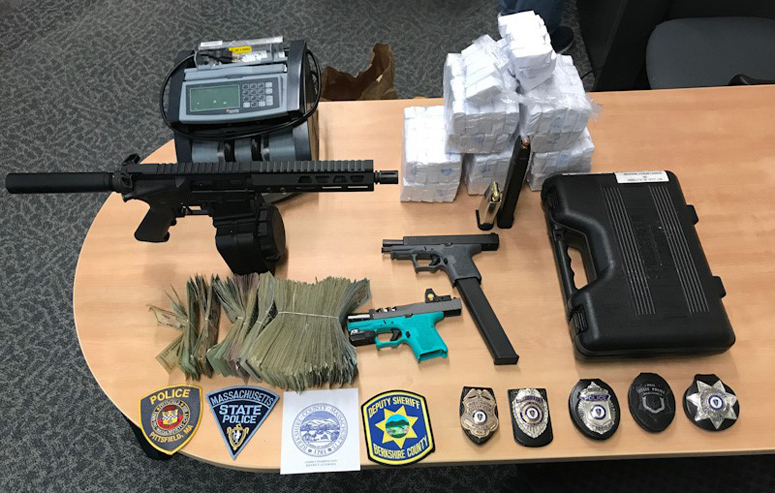 Raekwan Jackson, 24, and Bertram Oram, 23, both of Springfield, Shawn Sanders, 27, of Boston, and Ka’refi Hillery, 27, of Woonsocket, Rhode Island, were arrested Tuesday night on an array of drug and firearm charges, according to the Berkshire District Attorney’s Office.

Authorities executing multiple searches at a hotel in Pittsfield and at two homes in Springfield seized the gigantic stash of heroin, along with three firearms and $8,000 in cash, the district attorney’s office said.

All of the suspects are slated to appear in court on Friday for a dangerousness hearing.