14 people rushed into Louis Vuitton store outside Chicago and ran out with at least $100,000 in merchandise, police say 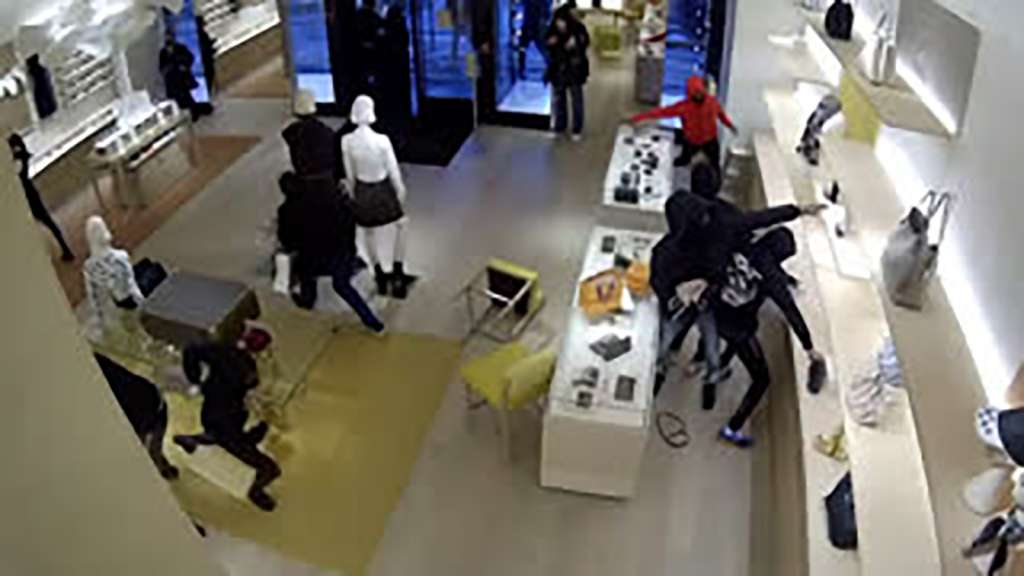 At least 14 people forced their way into a Louis Vuitton store in Oak Brook, Illinois, and made off with at least $100,000 in merchandise, according to CNN affiliate WLS-TV based on interviews with the Oak Brook Police Department. Credit: WLS

(CNN) — At least 14 people forced their way into a Louis Vuitton store in Oak Brook, Illinois, last week, and made off with at least $100,000 in merchandise, according to CNN affiliate WLS-TV based on interviews with the Oak Brook Police Department.

Police told WLS the individuals rushed into the store at Oak Brook Center Mall on Wednesday, took out garbage bags and began filling them with store items. Surveillance video from the store, obtained by WLS, shows the chaotic scene as the masked shoplifters pour into the store grabbing handbags and other merchandise while shoppers rush out of the way.

Investigators have information on the three vehicles the thieves drove away in, according to Oak Brook Police Chief James Kruger. Oak Brook is about 25 miles west of Chicago.

Kruger also told WLS his investigators are working with investigators in the Chicago suburb of Northbrook, where police say eight people took off with $66,000 worth of merchandise from a Louis Vuitton store at Northbrook Court Mall in October. On November 1, at least 13 men wearing masks and gloves entered the same Louis Vuitton store and stole several items valued at $100,000. Northbrook is about 30 miles from Oak Brook

“We don’t know if there is an actual connection yet, but certainly there are similarities,” Kruger said.

The thefts are also similar to incidents in California over the weekend.

San Francisco police said multiple people were arrested after a Louis Vuitton store in San Francisco was ransacked Friday night, and Saturday night in Walnut Creek, California, a Nordstrom was ransacked by “approximately 80 suspects,” who got away in at least 10 different vehicles, CNN previously reported.