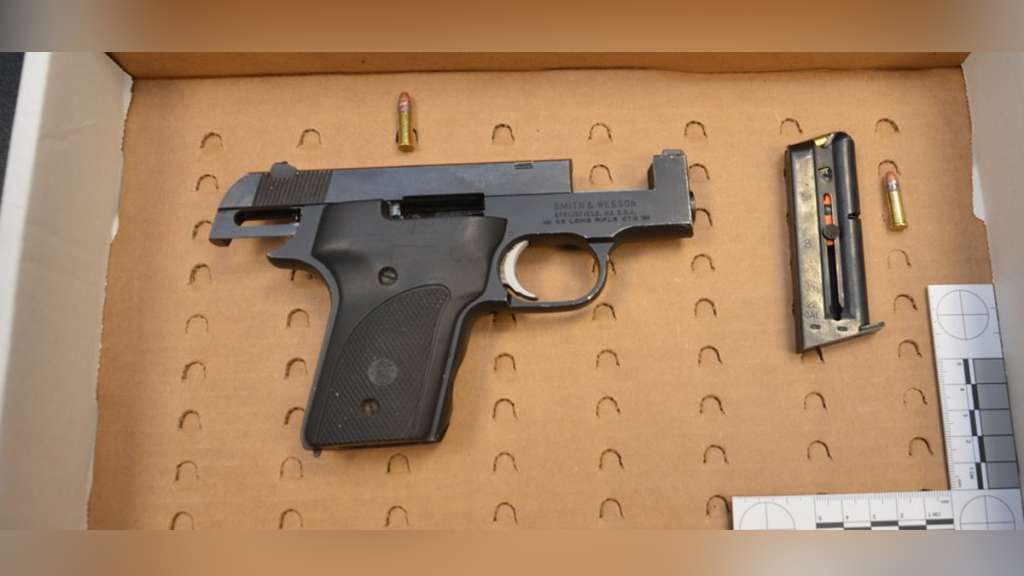 DORCHESTER, MASS. (WHDH) - A 15-year-old boy is in custody after he allegedly pointed a loaded firearm at Boston Police officers.

Shortly before midnight Tuesday, officers canvassed a Dorchester neighborhood, looking for a missing juvenile. During that search, they noticed two people who appeared to crouch and run from the officers, who were dressed in full uniforms and were driving a marked cruiser.

Officers then found the 15-year-old standing with a firearm pointed directly at them from 10 to 20 yards away. BPD said the boy shouted “What’s up, [expletive]?” while pointing the gun at the officers. They immediately drew their own firearms, took cover and told the boy to drop his weapon.

The boy then fled from officers, who lost sight of him. They later found a lone shoe next to a car, looked underneath and found the boy. They took the boy into custody recovered a loaded firearm from his waistband.

The firearm was a Smith and Wesson .22 caliber with one round in the chamber and four rounds in the magazine.