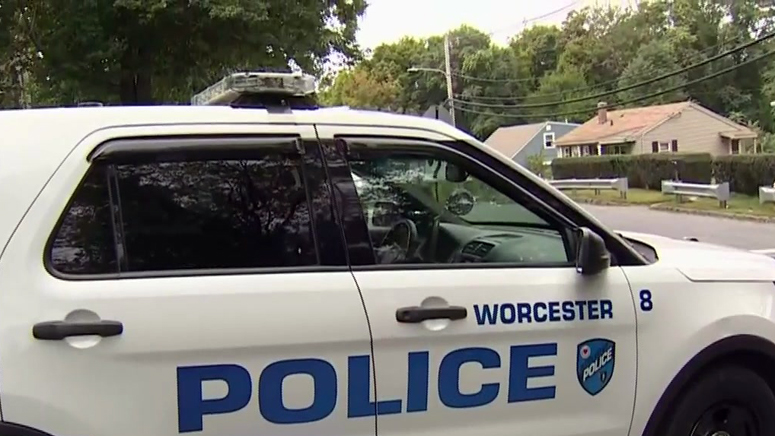 WORCESTER, MASS. (WHDH) - Two men were arrested on a slew of charges after an attempted traffic stop led to a police chase and the seizure of a loaded firearm in Worcester on Wednesday, officials said.

Officers attempted to conduct a traffic stop after observing a vehicle that had ignored several stop signs. The driver of the vehicle, later identified as Walker, briefly pulled over on Chandler Street before fleeing toward Queen Street when the police officer exited his car, according to Worcester police.

While fleeing the traffic stop, Walker crashed into a parked car on Queen Street, police said. Walker and his passenger, later identified as Perez, exited the vehicle and fled on foot toward Chandler Street.

The officer also exited his vehicle and a foot chase ensued, according to police. The suspects led police through backyards on Piedmont Street, behind Santiago’s liquor store, and up Hawley Street toward Pleasant Street.

Walker eventually surrendered himself to officers and was placed under arrest. A second officer tracked down Perez, who had been in possession of a package of marijuana.

Surveillance video from the area of Santiago’s liquor store showed Walker discarding a gun into a dumpster during the pursuit, according to Worcester police. Officers found the firearm and secured it as evidence.