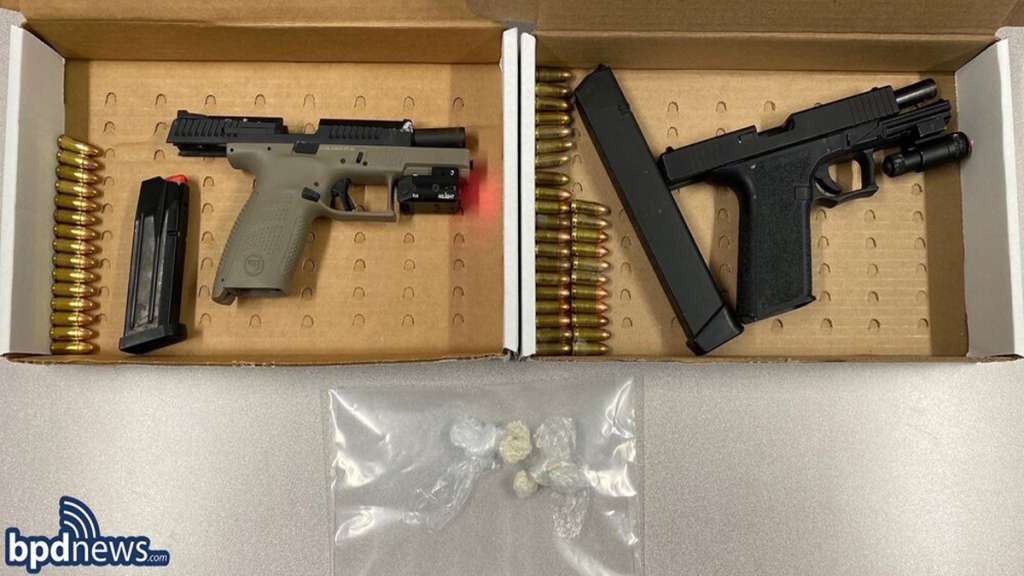 BOSTON (WHDH) - Two Boston men are due to be arraigned in Dorchester District Court on a number of firearms-related charges.

Officers were conducting an investigation in Roxbury shortly after 10 p.m. Monday when they say they began pursuing a vehicle of interest. A second cruiser was called in for backup in the pursuit and was struck by the suspect vehicle at the intersection of Fayston Street and Blue Hill Avenue, according to a release issued by the department.

Jacari Cosgrove, 23, of Dorchester, and Jermiah Boswell, 21, of Boston, both tried to flee the scene of the crash.

Cosgrove was immediately taken into custody and Boswell was found hiding in a trash can on Blue Hill Avenue.