2 charged with trafficking fentanyl, cocaine after traffic stop in Greenfield 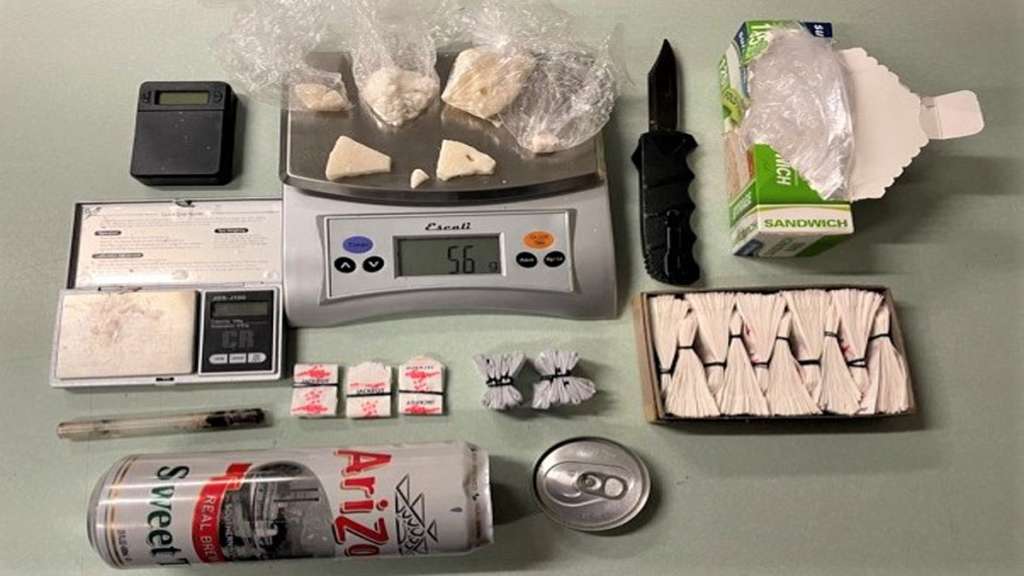 GREENFIELD, MASS. (WHDH) - A man and woman are facing drug trafficking charges after troopers allegedly found fentanyl and cocaine on them during a traffic stop in Greenfield Wednesday

A trooper on patrol pulled over a blue Ford Fusion with a broken tail light on Route 91 around 4 p.m., police said. While speaking with the driver, 40-year-old Sara Moses, of Vermont, the trooper allegedly saw a glass pipe with burnt residue at the end and other drug paraphernalia tucked into the door pocket.

He then saw her passenger, 29-year-old Tyonne Pierce, of Connecticut, reaching between his leg and the door. During a search, officers said they recovered a switchblade from his waistband.

Moses had a white chunky substance believed to be crack cocaine on her person as well, police said.

While searching the vehicle, officers also found a black digital scale, a small backpack containing 500 individually packaged wax bags stamped “JACKPOT” containing a white powdery substance believed to be 14.6 grams of fentanyl, and an Arizona Tea Can capable to be screwed in half with over 50 grams of crack cocaine inside.

The pair are scheduled to be arraigned in Greenfield District Court on a slew of charges.