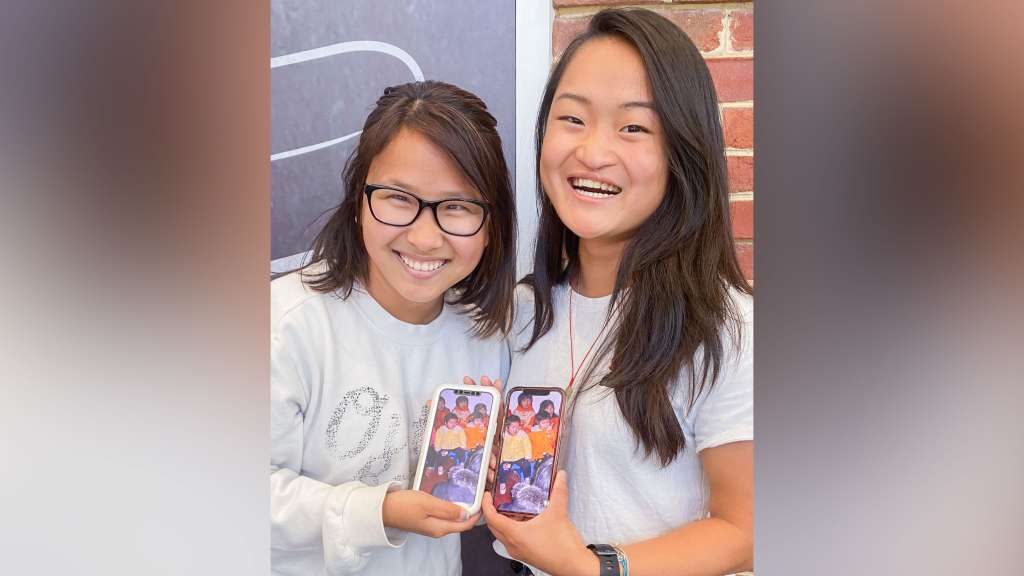 Ally Cole and Ruby Wierzbicki discovered they once lived at the same Chinese orphanage after making small talk on a bus. Credit: Courtesy Ally Cole
CNN

(CNN) — When Ally Cole, a sophomore at Liberty University in Lynchburg, Virginia, sat next to freshman Ruby Wierzbicki on a bus on April 14, she struck up a conversation just so she didn’t have to sit in silence on her way to class. After some small talk, she realized she was sitting next to someone she used to live with.

Cole and Wierzbicki’s conversation started off as a typical one for college students — they talked about their majors and home states. But the normality stopped after they learned they were both originally from China, and that many details from their past matched.

When they pulled up photos from the Jinan Social Welfare Institute, the orphanage from which they were adopted, they realized they were there at the same time.

When the bus dropped them off, the two students continued to share old photos and even found some where they were side by side. Both said it took some time for them to wrap their heads around what they just discovered.

“We were quiet for a little bit because I think we were both just in shock,” Wierzbicki told CNN.

“I think I was just in shock that I actually knew someone from my past,” Cole said. “I think it didn’t really hit me until after I went to class.”

The two also realized they were adopted just about a week apart.

Neither of them knew much about their early childhood as they were only in China for a few years. Now they are trying to learn more by asking their parents for any more photos they can find.

Cole and Wierzbicki call their new friendship a blessing and say it was no accident they found each other at a school with 15,000 students on campus. “It’s covered in God’s fingerprints. There’s no way it wasn’t God that orchestrated this,” Wierzbicki said.