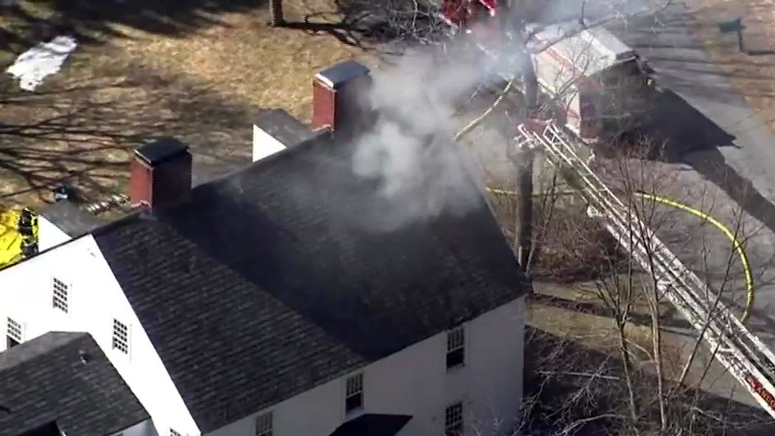 ANDOVER, MASS. (WHDH) - Two firefighters were injured while battling a blaze that broke out at a home in Andover on Monday morning, officials said.

Crews responding to a reported fire at a single-family home on Sunset Rock Road around 10:30 a.m. found heavy smoke and flames coming from the roof, according to Andover Fire Chief Michael Mansfield.

Firefighters from Tewksbury and Lawrence helped extinguish the blaze after about an hour.

A pair of Andover firefighters were taken to Lawrence General Hospital with non-life-threatening injuries.

Mansfield noted that there were no working smoke alarms in the home and he credited a neighbor who saw smoke and alerted the residents inside.

“Today’s fire is a clear example of why it’s critical to have working smoke alarms throughout your home so that you can be alerted to danger as soon as possible,” Mansfield said. “It’s extremely fortunate that a neighbor spotted the smoke and warned the residents inside. If this fire had occurred overnight, with nobody around to see the danger and no smoke alarms to alert people inside the home, then the outcome could have been tragic.”

Officials estimated the cost of damage to the home to be about $400,000.