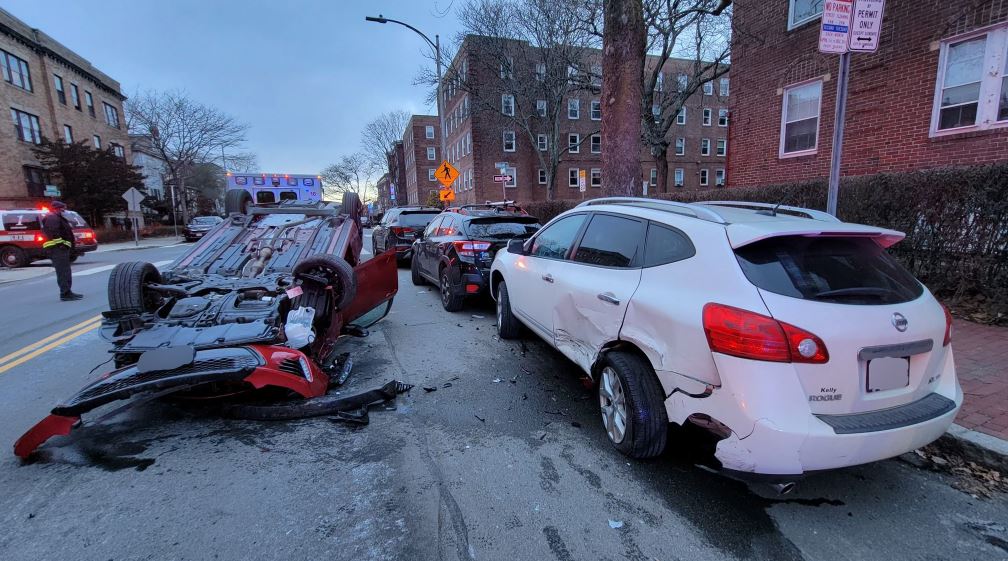 Officers responding to a reported crash at the intersection of Broadway and Highland streets shortly after 8 a.m. found a heavily damaged vehicle that had rolled over onto its roof, according to Cambridge police.

A preliminary investigation determined the vehicle had crashed into three parked cars before it rolled over, police said.

Two people were taken to an area hospital with what are believed to be non-life-threatening injuries.

The area has been cleared and reopened to all traffic.

The cause of the crash remains under investigation. No additional information has been released.