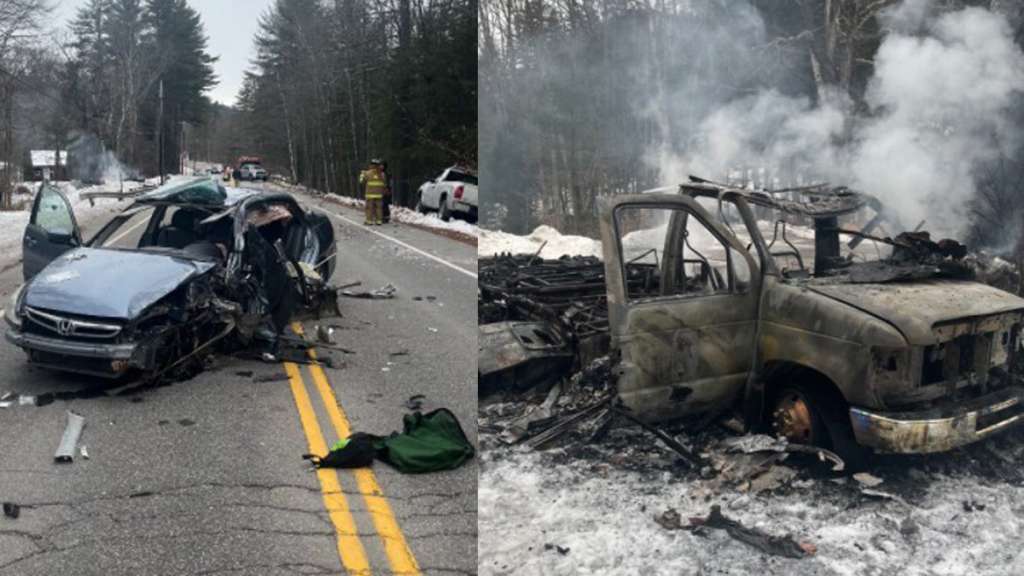 Troopers responding to a report of two-vehicle crash on Route 3A in Hill around 11:45 a.m. found a mangled Honda Accord in the middle of the roadway and an E-350 motor home that had caught fire, according to New Hampshire State Police.

The driver of the Accord had to be extricated from the wreckage. They were taken to Concord Hospital with serious injuries.

The driver of the motor home was able to evacuate the vehicle before it became fully engulfed in flames. They were taken to Speare Memorial Hospital for the treatment of burns and smoke inhalation.

The highway was shut down for several hours following the crash.