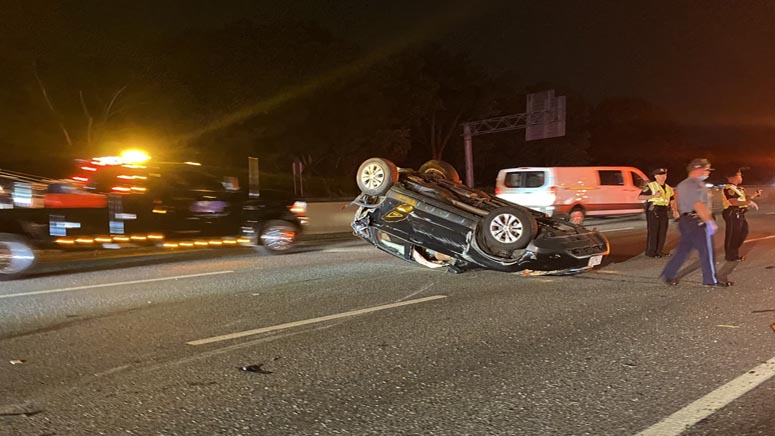 WELLESLEY, MASS. (WHDH) - Two people were transported to a hospital Wednesday night after they were involved in a rollover crash in Wellesley.

Emergency crews responding to the southbound side of Route 95 near where it intersects with Route 9 found the dark-colored vehicle overturned on its roof, according to a post on the police department’s Twitter page.

No further information was released.

Sgt. Gallagher and Officers Griffin, DeBernardi and Gaffney along with Wellesley Fire and Rescue assisted the @MassStatePolice with a rollover crash on Rt. 95 south at Rt. 9 earlier tonight. 2 people were transported to local hospitals. pic.twitter.com/bgEGc6lusz