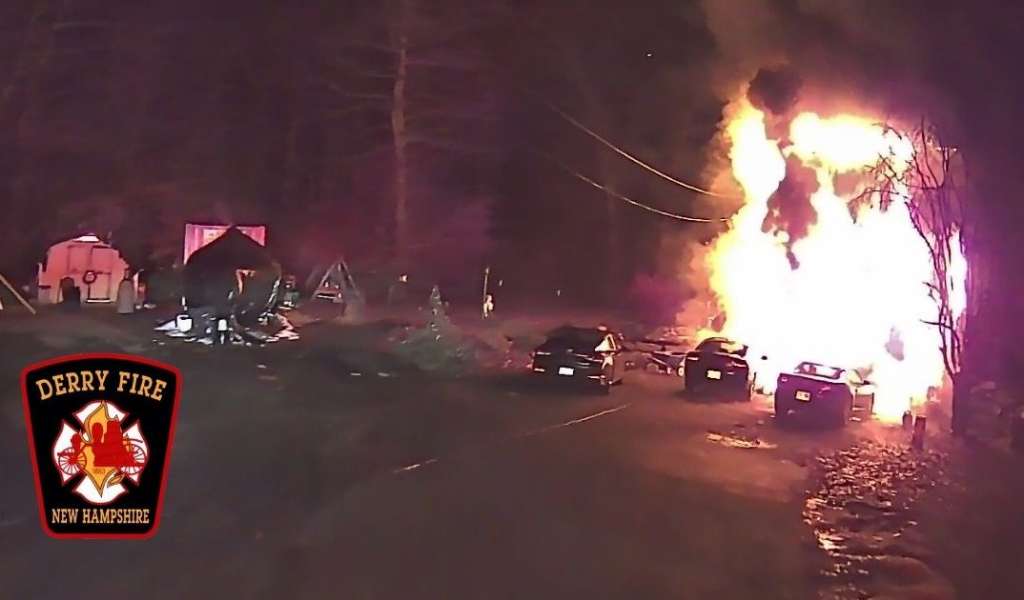 Firefighters responding to a reported garage fire on Homestead Drive around 12:15 a.m. discovered a well-developed fire in the basement and garage as well as flames on the exterior of the house, according to the Derry Fire Department.

Two civilians were injured, fire officials said. One was transported to a hospital and is said to be in stable condition.

There were no reported firefighter injuries.

The American Red Cross is providing assistance to those displaced.