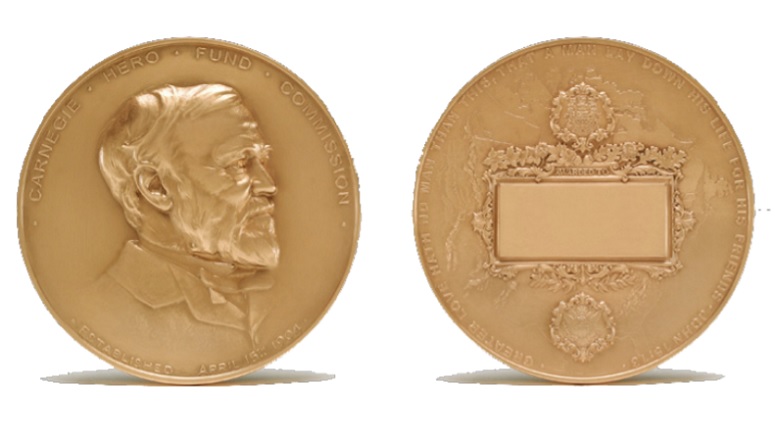 (WHDH) — Two men from Massachusetts have been selected to receive the Carnegie Medal for their acts of extraordinary heroism.

The Carnegie Hero Fund Commission announced Wednesday the 18 recipients of the award, including Christopher Etre, 48, of Upton, and Lester Robert Taber, Jr., 77, of Winchester.

On Dec. 13, 2019, Etre was driving in Grafton when he saw a car slide off the road and into the Quinsigamond River.

The construction company owner followed the car as it drifted downstream, entered the frigid water, and swam 30 feet to the partially submerged car while carrying a large wrench.

He broke out the rear, driver’s-side window but was unable to remove the 18-year-old passenger.

Etre climbed onto the car’s roof and used the wrench to break the rear windshield before pulling back the glass and pulling the woman out of the vehicle.

They both swam safely to the opposite bank.

The woman was not injured and Etre recovered from cuts on his hands.

On Feb. 24, 2018, Taber was spending time in the reading room of the Winchester Public Library when a 23-year-old man allegedly began stabbing a woman repeatedly with a 10-inch hunting knife.

The retired engineer moved toward the assailant and shouted at him to stop.

As Taber engaged with the assailant, the woman attempted to flee but the assailant allegedly chased her and continued to stab her to death.

Other library patrons surrounded him and he surrendered.

Taber was treated at the hospital for a six-inch laceration to his arm but has since recovered.

The 16 others who are being awarded a Carnegie Medal include:

Each of the awardees or their survivors will receive a financial grant.

The Carnegie Medal is given throughout the U.S. and Canada to those who enter mortal danger while saving or attempting to save the lives of others.

A total of 10,220 Carnegie Medals have been awarded since the Pittsburgh-based commission’s inception in 1904.