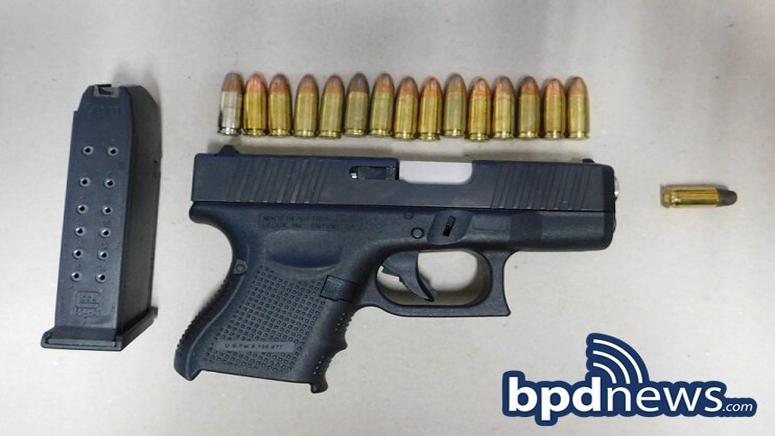 BOSTON (WHDH) - Two men were arrested in Boston on a slew of drug and firearms charges Monday afternoon.

Officers conducting a traffic stop near the intersection of Centre and Wise streets in Jamaica Plain around 3:20 p.m. said they observed several plastic bags containing numerous loose pills believed to be Xanax in plain view.

During a search of the vehicle, they allegedly found a loaded 9mm handgun with an extended magazine.