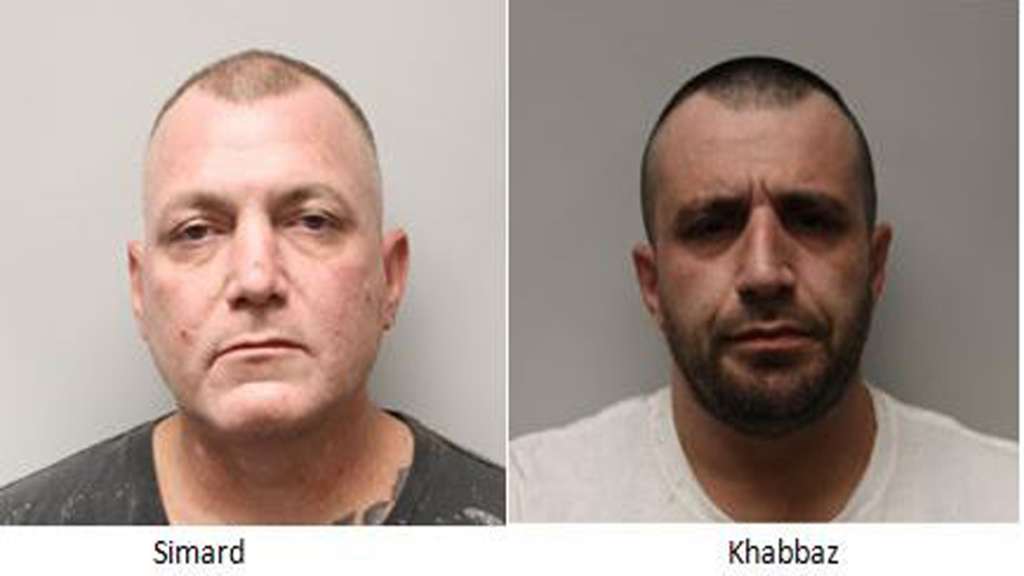 TEWKSBURY, MASS. (WHDH) - Two men were arrested on drug trafficking and a slew of other charges Sunday evening after fentanyl and crack cocaine were found in their car, Tewksbury police said.

Officers responding to reports of a suspicious car parked in the Walmart parking lot said both the driver, Jamie Simard, 45, and his passenger, Joe Khabbaz, 40, appeared to be under the influence of drugs. They said many items which appeared to be drug paraphernalia were sitting out in plain sight.

During their investigation, officers said Khabbaz tried to run away but he was eventually placed into custody.

A K9 then uncovered 14 grams of fentanyl and Simard was also arrested.

Both are due in Lowell District Court on Monday for drug trafficking over 10 grams, possession of crack cocaine, and possession of counterfeit notes.

Simard is facing an additional charge for operating under the influence of drugs and was previously wanted on a warrant for stalking.

Khabbaz was also wanted for a previous warrant and is facing an additional charge for resisting arrest.