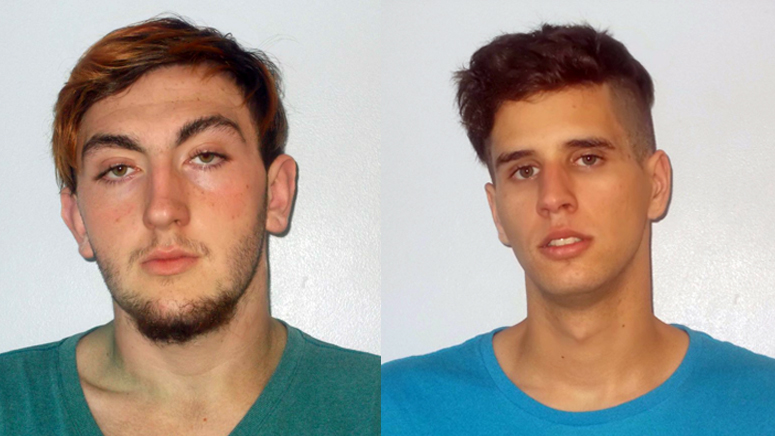 CONCORD, N.H. (AP) — Police in New Hampshire have arrested two people in connection with a Facebook message about a possible threat to a high school, which they believe was posted by the relative of an unwitting account holder and appears to be an act of revenge.

Police said they became aware of the message directed at Concord High School on Sunday that involved a possible shooting.

Arrested Thursday were 21-year-old Kyle Slogic, of Concord, and 18-year-old Brandon Foster, of Pittsfield. They’re charged with conspiracy to commit criminal threatening, misuse of a computer or network, and false public alarm.

Both faced arraignment Friday; it wasn’t immediately known if they had lawyers.