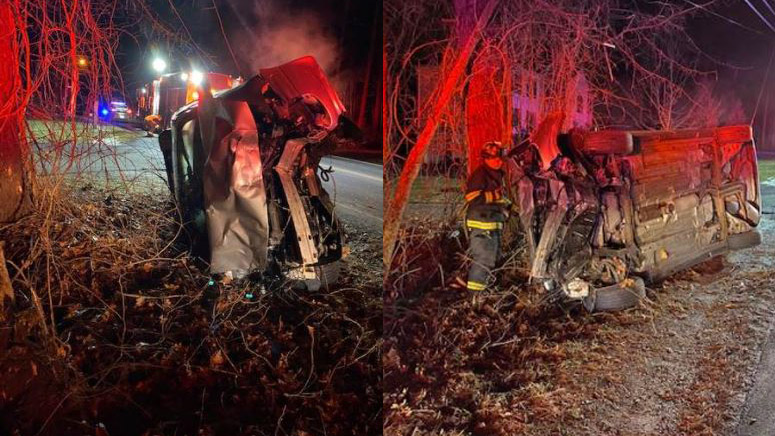 Crews responding to a single motor vehicle accident on Mammoth Road by Nashua Road sometime after 8 p.m. found a car on its side and two juvenile occupants in the vehicle, according to a post on the Pelham New Hampshire Police Department’s Twitter page.

Both were taken to the hospital for minor injuries, officials said.

No additional information was immediately released.

Pelham police and fire departments responded to a one vehicle crash tonight on Mammoth Road by Nashua Road. Two juvenile occupants were transported to the hospital with minor injuries. #pelhamnh pic.twitter.com/uPNGdDgW0q