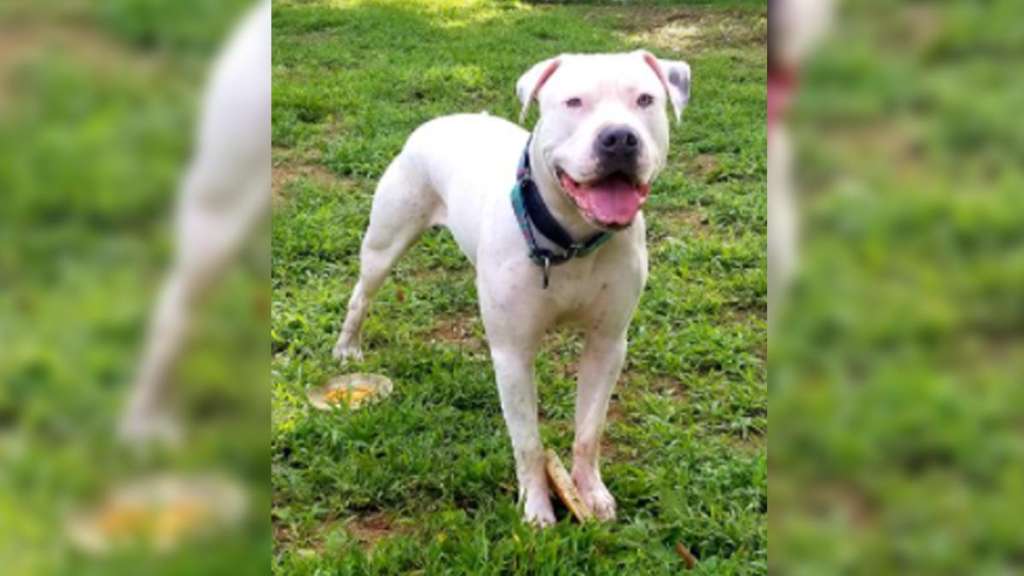 BOSTON (WHDH) - A 2-year-old pup is still looking for his forever home after being found living in squalor in Randolph with 23 other dogs.

Four adult dogs and 20 puppies were removed from the private residence in Randolph on Aug. 4 after police say animal waste was found throughout the house, where the pit bull-type dogs did not have adequate access to food or water.

The Animal Rescue League of Boston took the dogs into their custody and transported them to their Dedham Animal Care and Adoption Center.

Since the rescue, 23 of the dogs have found loving homes with the exception of 2-year-old Benjamin.

Benjamin arrived at the adoption center extremely friendly but with a lack of socialization, focus, and basic manners, according to the ARL.

Their behavioral staff and volunteers have worked extensively with Benjamin over the past two months and say he has made tremendous strides in maintaining focus and working on his manners.

The ARL says they are committed to providing behavioral council and advice for his new family once he’s home.

Those interested in adopting Benjamin can check out his profile online.

The owner of the Randolph home, identified as Urie Louissaint, 28, was charged with 24 counts of animal cruelty and one count of threats to commit a crime.