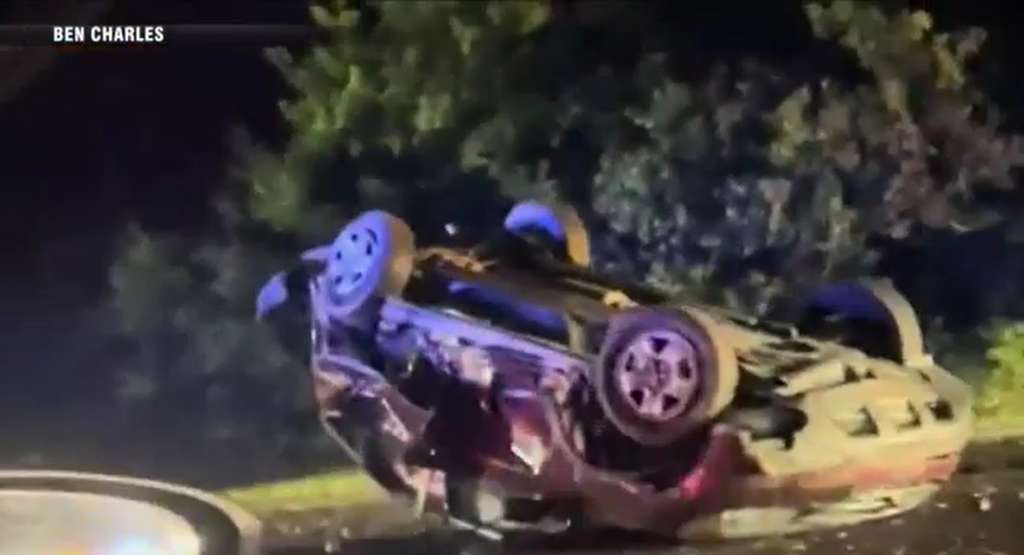 State Troopers responded to the scene near Exit 17 at 7:44 p.m. Thursday. They found three cars involved: a 2013 BMW driven by Jordan McGrath-Edlund, 24, of Mansfield, a 2016 Subaru Impreza driven by a 34-year-old Providence man and a 2012 Honda CR-V driven by a 70-year-old Foxboro woman.

A preliminary investigation suggests that the BMW was driving quickly and making multiple lane changes before the crash before the driver struck the Impreza and the CR-V, causing those cars to roll over. The BMW also rolled into the center median.