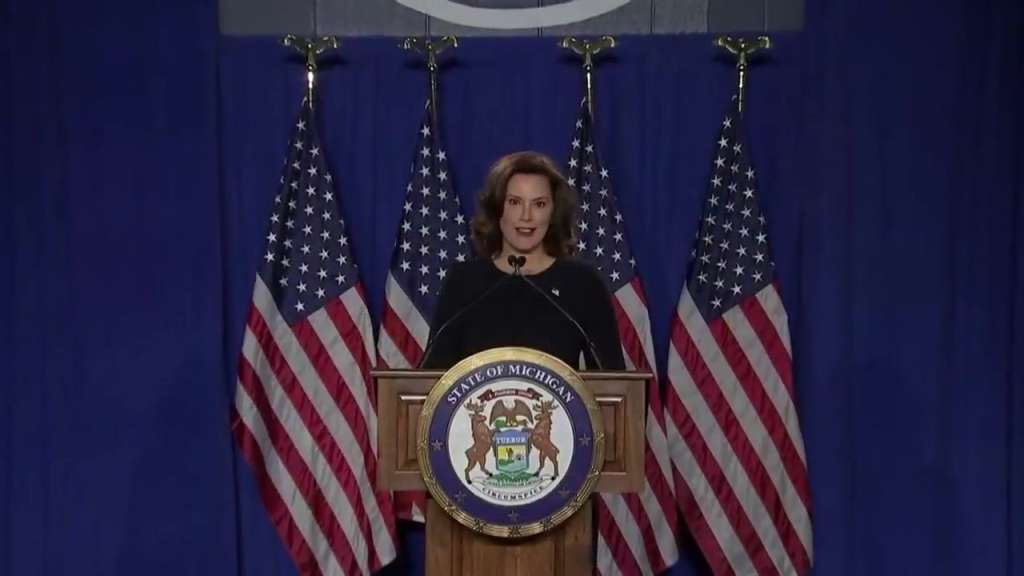 (CNN) — Federal prosecutors unveiled new charges on Wednesday against three men who have been accused in an alleged plot to kidnap Michigan Gov. Gretchen Whitmer, including conspiracy to use a weapon of mass destruction.

Adam Fox, 40, Barry Croft, 45, and Daniel Joseph Harris, 23, were charged with knowingly conspiring to use weapons of mass destruction, in addition to the federal kidnapping conspiracy charges that were announced in October, when officials thwarted an alleged plot by the men and several others to kidnap Whitmer, a Democrat.

The new charges come as part of a superseding indictment filed Wednesday by the US Attorney’s Office for the Western District of Michigan that says Fox, Croft and Harris allegedly intended to use destructive devices to facilitate their plot to kidnap the governor by “harming and hindering the governor’s security detail and any responding law enforcement officers.”

CNN has reached out to attorneys for Fox, Croft and Harris for comment on the charges.

The new indictment alleges that on September 13, Fox ordered $4,000 worth of explosives from an FBI agent posing as a co-conspirator. That same day, according to the indictment, Croft and Harris successfully detonated an IED containing shrapnel near human silhouette targets “to assess its effectiveness as an anti-personnel weapon.”

Whitmer on Thursday told CNN’s John Berman that as more details are revealed about the plot, the more “disturbing” it becomes.

“I’m incredibly grateful to the FBI and (Michigan State Police) and that gratitude only grows with more revelations about how serious and scary this group was. And how intent they were on not just harming me but harming our law enforcement, harming communities,” Whitmer said on “New Day.” “The rhetoric has got to stop. We’ve got to all rise to this challenge and stop vilifying and encouraging these domestic extremists to hurt our fellow Americans.”

Fox, Croft and Harris are among a group of more than a dozen individuals who had been charged in the case in October. An additional eight people were charged by the state, seven of whom are associated with the group “Wolverine Watchmen.”

As first reported by The Detroit News, the FBI became aware of the scheme in early 2020 through a social media group, according to the federal criminal complaint.

The case underscored the political tensions in Michigan that reached new heights as Whitmer faced backlash for restrictions she imposed last year in response to the coronavirus pandemic. Observers have pointed to then-President Donald Trump’s rhetoric toward the governor and her state, including a tweet in which he called on residents to “liberate” the state from the restrictions.