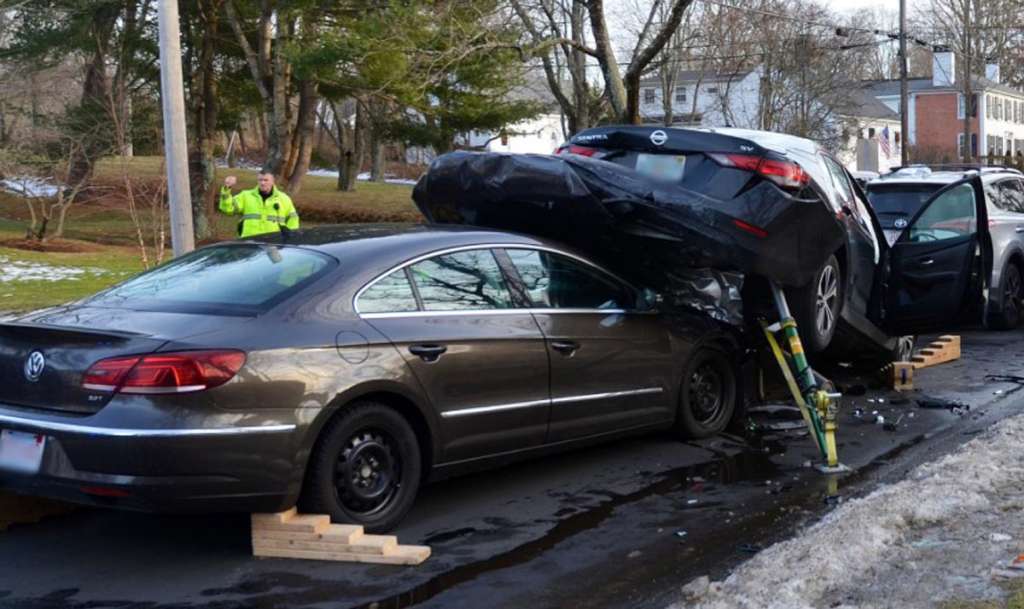 HINGHAM, MASS. (WHDH) - An investigation is underway after three people were injured in a multi-vehicle crash in Hingham on Thursday.

Officers responding to a report of crash in the area of Route 228 and High Street found the rear of Nissan Altima resting on the hood of a Volkswagen sedan, according to the Hingham Police Department.

Police say there were a total of three vehicles involved in the crash.

“First car was stopped in traffic, middle car struck that (low impact), then last car struck the middle at higher speed causing it to ride underneath it,” the department said in a tweet.

Everyone involved in the crash suffered non-life-threatening injuries.