$3M deal reached in rough arrest of woman with dementia 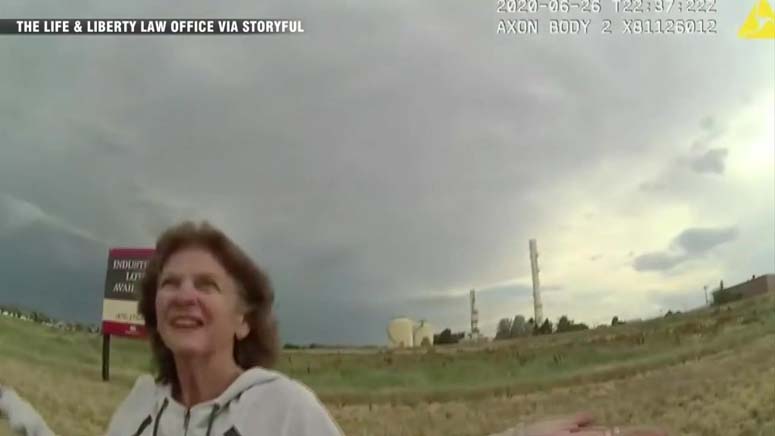 DENVER (AP) — A Colorado city has agreed to pay $3 million to a 73-year-old woman with dementia who was roughly arrested by police last year, officials announced Wednesday.

Then-Officer Austin Hopp arrested Karen Garner after she left a store without paying for about $14 worth of items in Loveland, about 50 miles (80 kilometers) north of Denver. Police body camera video shows that after she turned away from him, he grabbed her arm and pushed her to the ground. A federal lawsuit that Garner filed claimed he dislocated her shoulder by shoving her handcuffed left arm forward onto the hood of a patrol car.

City Manager Steve Adams apologized to Garner and her family in the announcement of the proposed settlement, which was confirmed by Garner’s lawyer, Sarah Schielke.

“The settlement with Karen Garner will help bring some closure to an unfortunate event in our community but does not upend the work we have left to do,” Adams said.

Garner’s lawyer and her family plan to hold a press conference Wednesday to talk about the settlement.

Hopp has been charged with second-degree assault in the arrest. At a court hearing last month to weigh the evidence against him, his lawyer, Jonathan Datz, argued that Hopp’s supervisors determined his actions to be acceptable, the Loveland Reporter-Herald reported.

A representative from Datz’s office said Wednesday that he declined to comment.

The body camera footage shows that when Hopp has Garner pushed against the hood of his car, she tried to turn around and repeated that she was trying to go home. He then pushed her back against the car and moved her bent left arm up near her head, holding it, saying, “Are you finished? Are you finished? We don’t play this game.”

Investigators found that Hopp filed reports to mislead his superiors and protect himself, according to his arrest affidavit. He did not mention Garner’s shoulder injury in an initial report.

In a report filed after being told that she was going to the hospital, he wrote that Garner was asked several times if she wanted medical attention but that she did not answer, according to the affidavit.