BOSTON (WHDH) - Is Boston winning the fight against COVID-19? The results of our exclusive 7NEWS/Emerson College Poll show the coming months are critical.

We found 57 percent of Boston residents have received at least one shot of the COVID-19 vaccine, 43 percent haven’t gotten a shot at all. 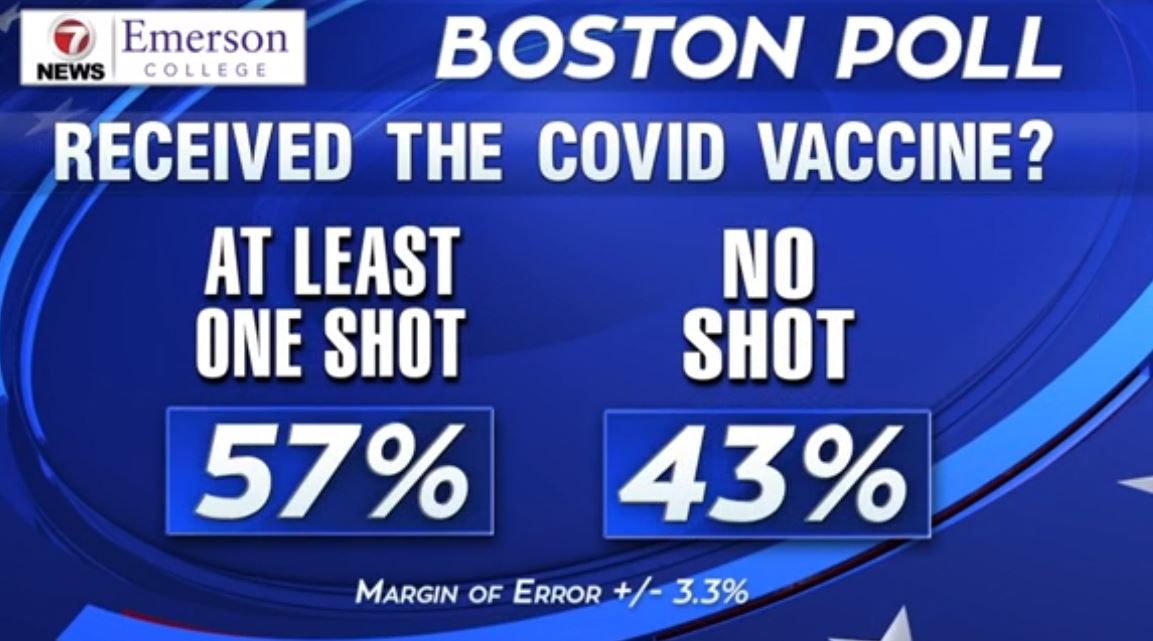 “The big concern is that 43percent and what those folks are going to do in the next couple of weeks and months”, said Spencer Kimball, director of Emerson College Polling.

We asked those people why they haven’t received the vaccine.

10 percent said they want to see how it works in others.

16 percent told us they were letting high-risk people go first. 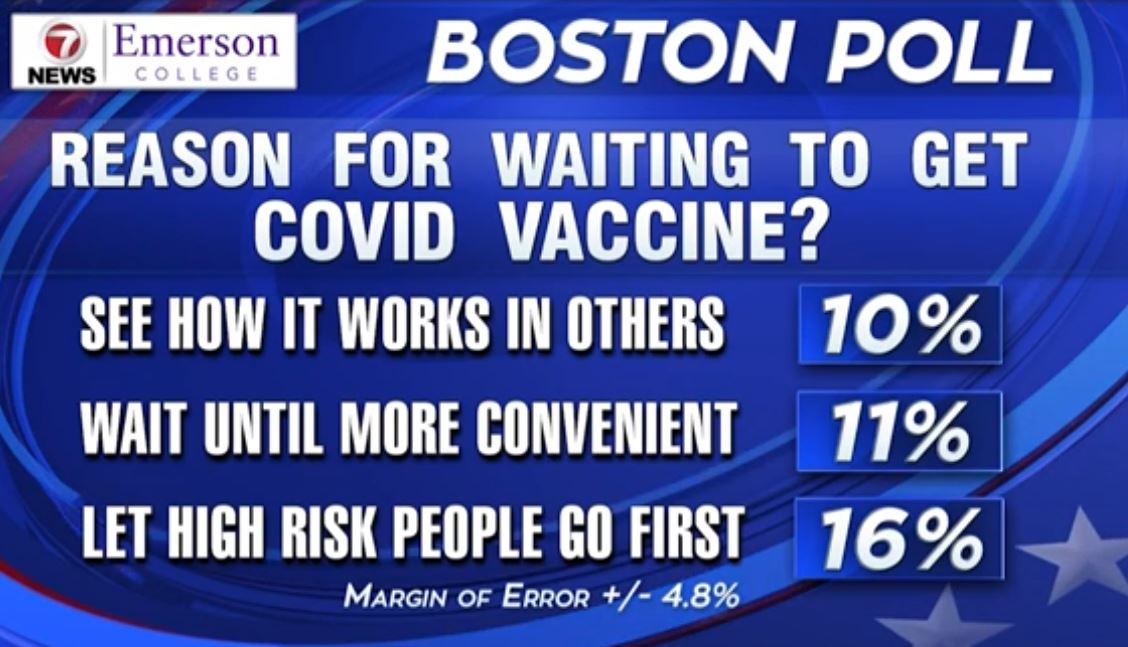 28 percent said they’re waiting to see if there are any complications and the largest group – 36 percent of those who haven’t gotten the shot – say they won’t get the vaccine no matter what. 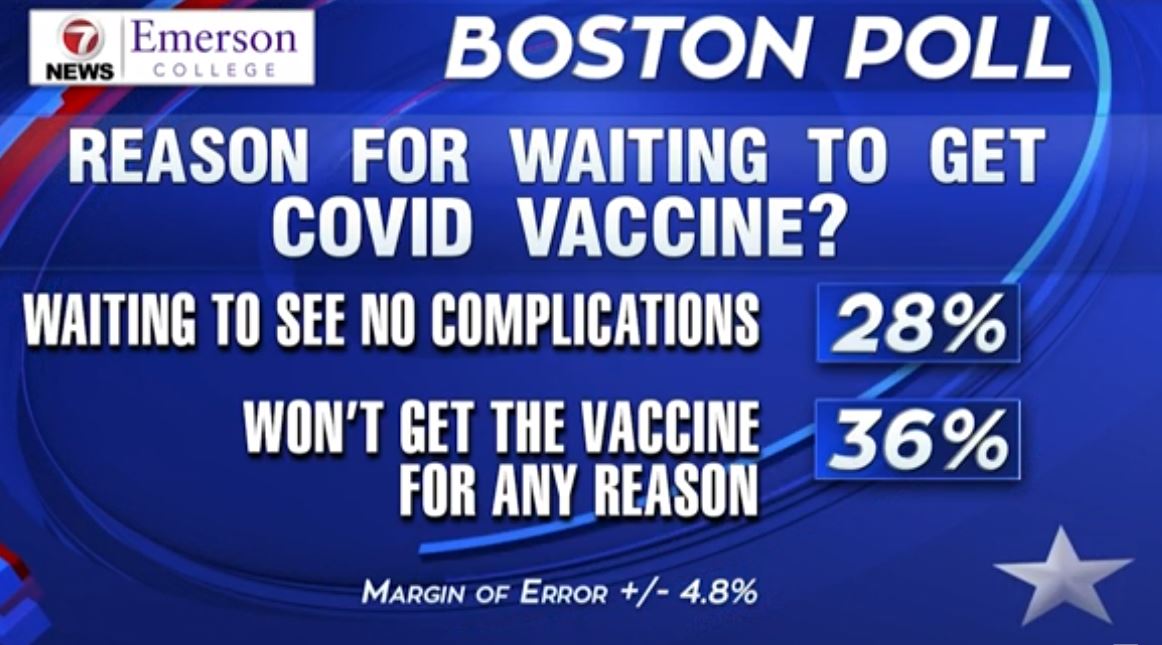 “That’s really 15 percent of the population that says they’re not going to get the vaccine and that’s very concerning because remember we got to get to seventy to 75 percent in order to reach that herd immunity,” said Kimball.

When we break down ethnicity we find 27 percent of Hispanics haven’t received a COVID vaccine. That’s compared to 33 percent of Asians and 36 percent of Whites.

More concerning: Our poll shows 64 percent of Blacks in Boston have not received a COVID vaccine and they are the group most likely to say they don’t plan to ever get it. 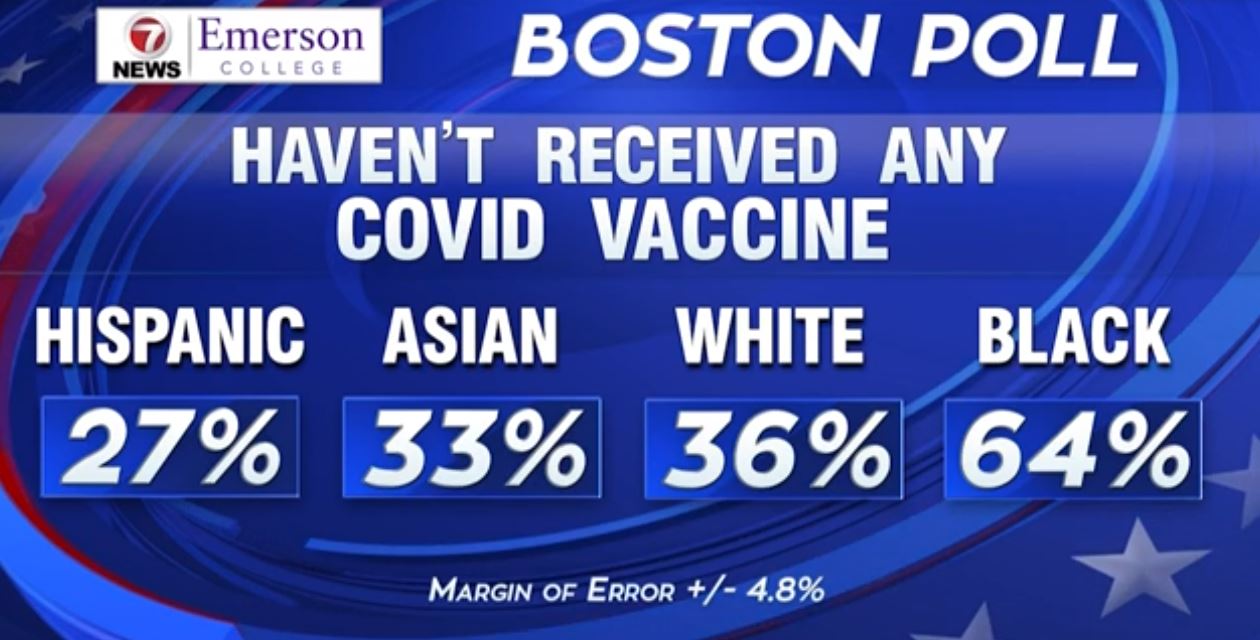 “This period that we’re entering where people feel like we’re getting this disease behind us may not be true for the black and brown communities that have not been vaccinated. We need to be very deliberate and very intentional to make sure that we get the information into those communities,” said Michael Curry, who is the president of Massachusetts League of Community Health Centers and past president of the Boston NAACP.

Our poll also showed a clear gender gap when it comes to getting vaccinated. 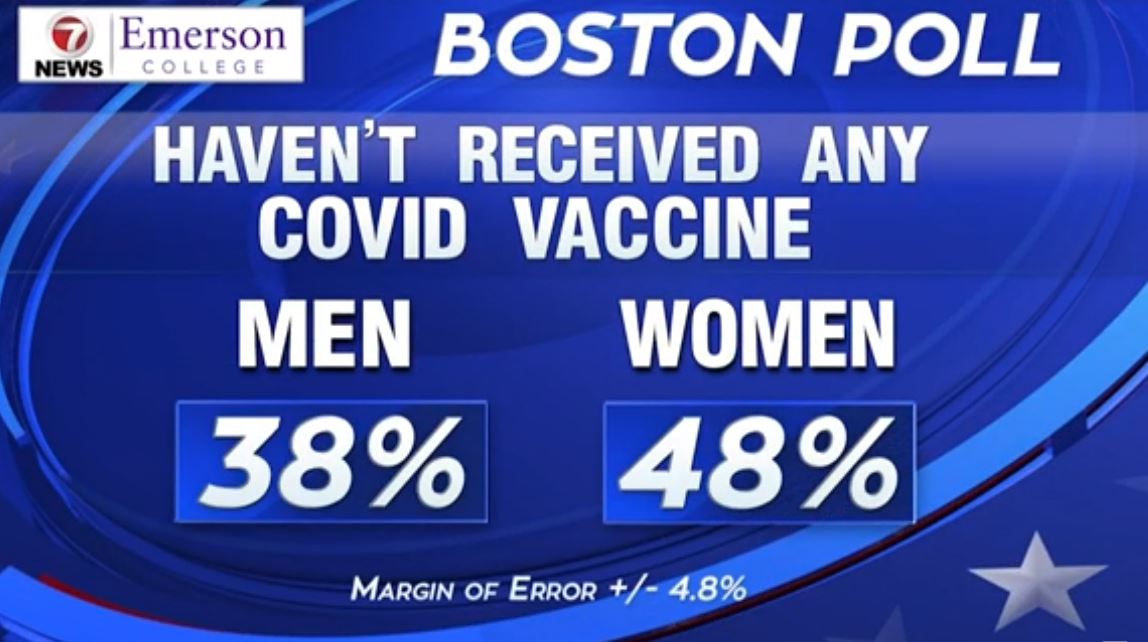 For women – that number is almost double – 45 percent. 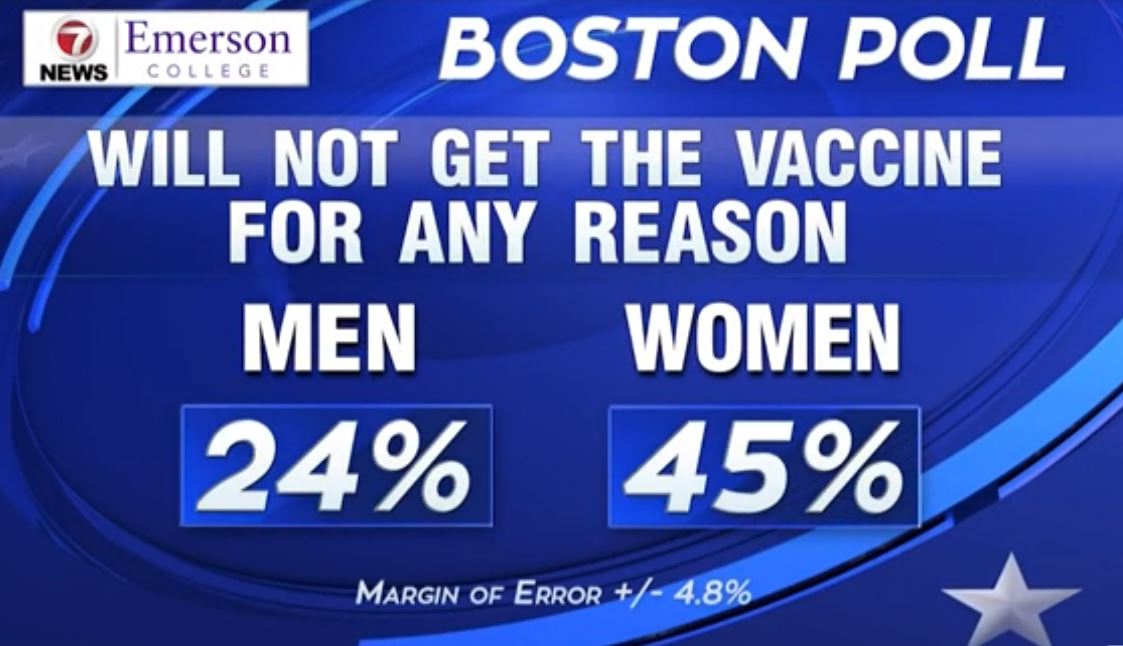 “It is still important for everyone to be vaccinated and they should seek the Pfizer or modern vaccines. Appointments are widely available right now,” said Shira Doron, MD who is an infectious disease physician and hospital epidemiologist at Tufts Medical Center.

As city health leaders plot their strategy to get to herd immunity, a key question may be whether to put most of their effort into changing the minds of those who say they won’t get a shot, or concentrating on those who say there are other reasons they haven’t gotten it so far.