BOSTON (WHDH) - Our exclusive 7NEWS/Emerson College poll shows a dead heat in the race for Boston’s next mayor. 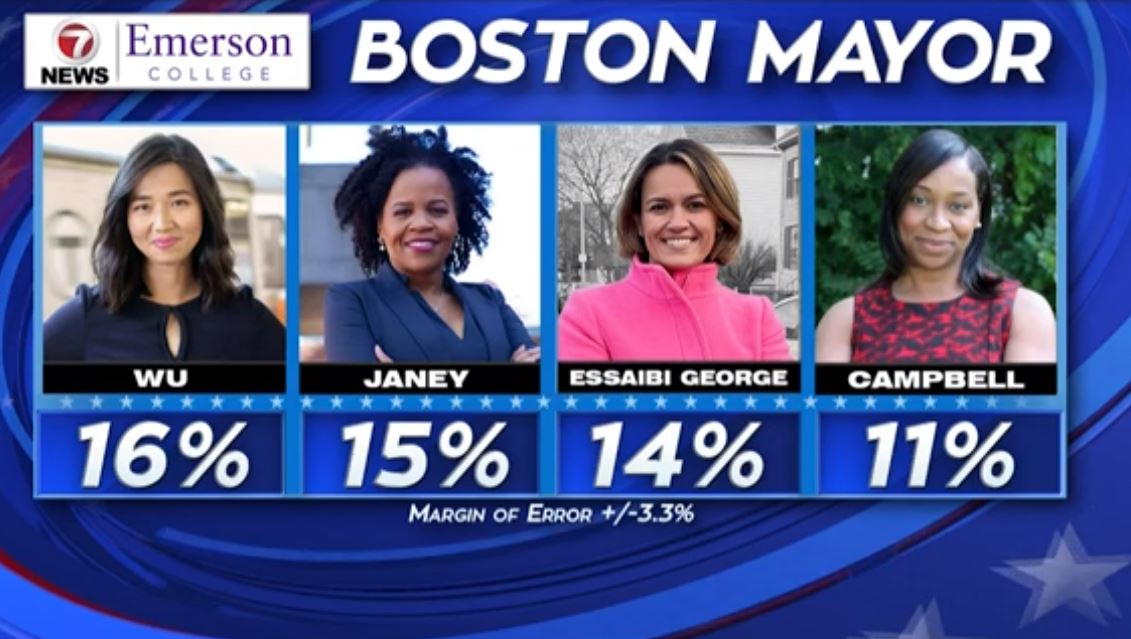 Next is state Rep. Jon Santiago with 4 percent.

And Michael Bianchi has 1 percent. 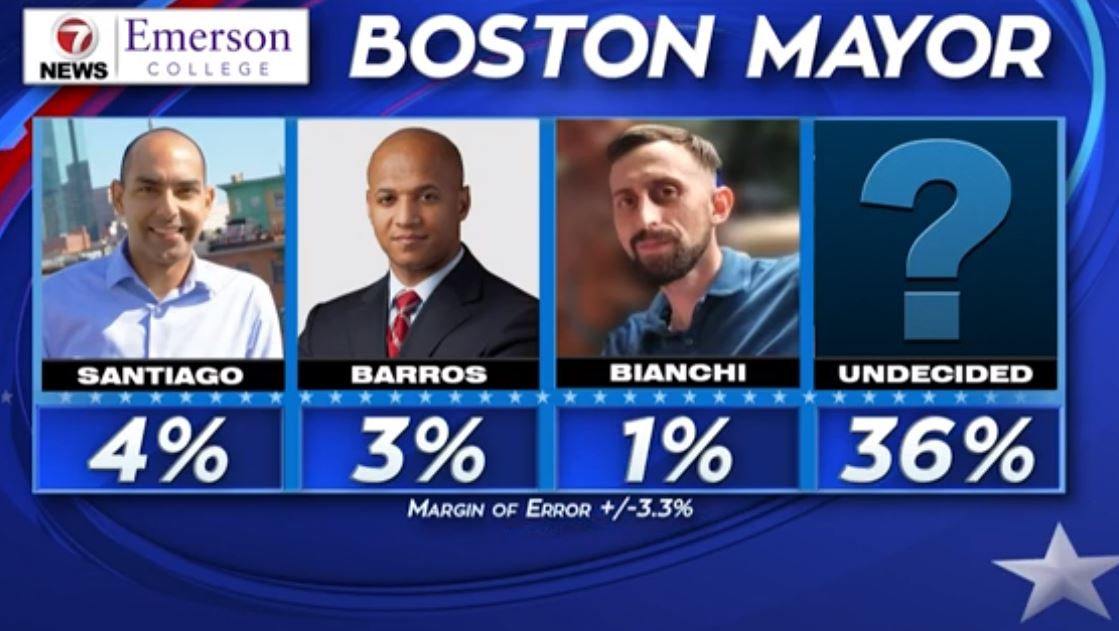 Thirty-six percent of those polled are undecided meaning it is still a very fluid race.